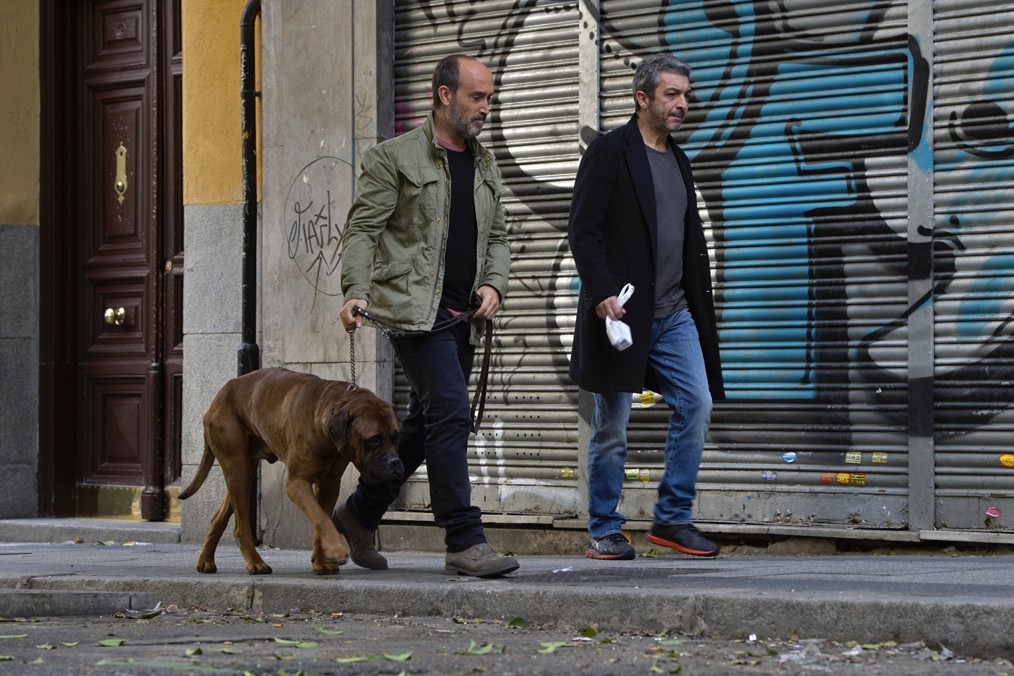 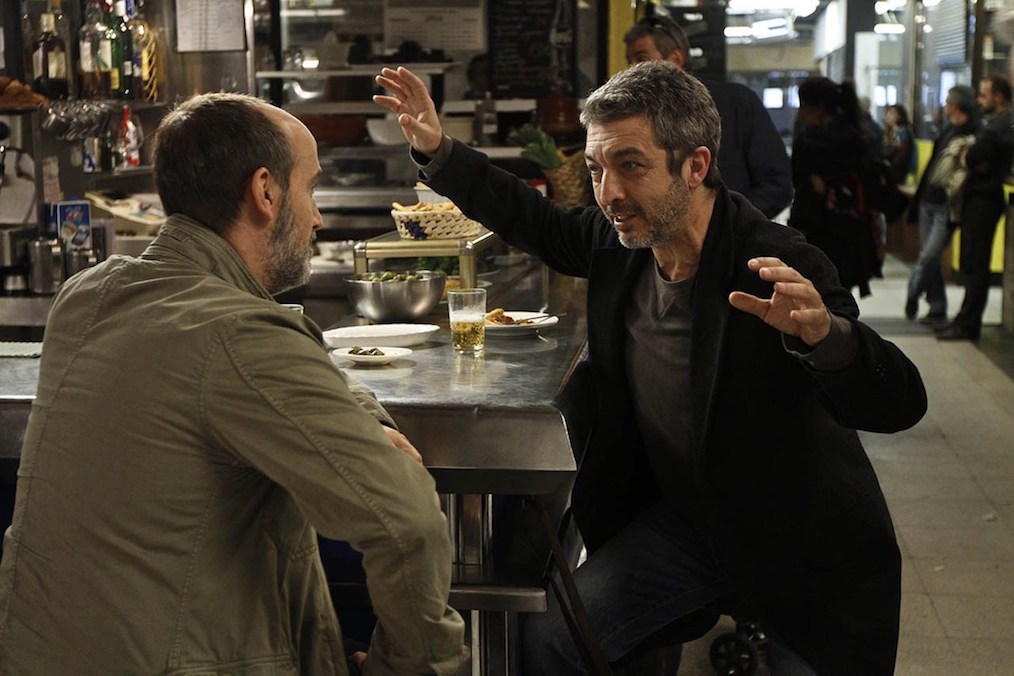 In Spanish director Cesc Gay’s unsentimental weepie Truman, the passage of time becomes pliable. Tomás (Javier Cámara) arrives in Madrid with a deadline: four days to convince his oldest friend Julián (Ricardo Darín) to resume treatment for the lung cancer that’s spread throughout his body. Tomás’s urgency is soon subsumed by Julián’s relaxed pace. Before a key doctor’s appointment, Julián makes sure his beloved bullmastiff Truman gets a good walk, and stops to ask his veterinarian how to help the geriatric dog cope with the grief to come.

Tomás is stunned and frustrated that Julián spends more time talking to the vet than he does with his oncologist. How can he be so airy and unflappable? As soon as Tomás accepts that Julián has made his final decision, he falls into step with his friend’s easygoing stride, and the short visit stretches out like an endless holiday. They visit cafés, a bookstore, and funeral parlor with the same deliberate nonchalance, immersed in the experience without counting down their remaining days.

Truman swept the Goya Awards last year, winning best film, direction, editing, screenplay (Gay and Tomás Aragay), and acting awards for Darín and Cámara, even though Gay has eschewed big, show-stopping scenes. The film is restrained and observational, its impact cumulative. These 50-something men avoid displaying emotion and easily fall into old patterns: Tomás quietly supports Julián, who happily takes the lead. Enlightenment sneaks up on them in throwaway moments, reconciling Julián’s embrace of lightness with Tomás’s concession to mortality. Each is letting go without giving up.

Review by Serena Donadoni
Released on April 7, 2017 by FilmRise
First published in The Village Voice, 2017.