The People vs. Fritz Bauer 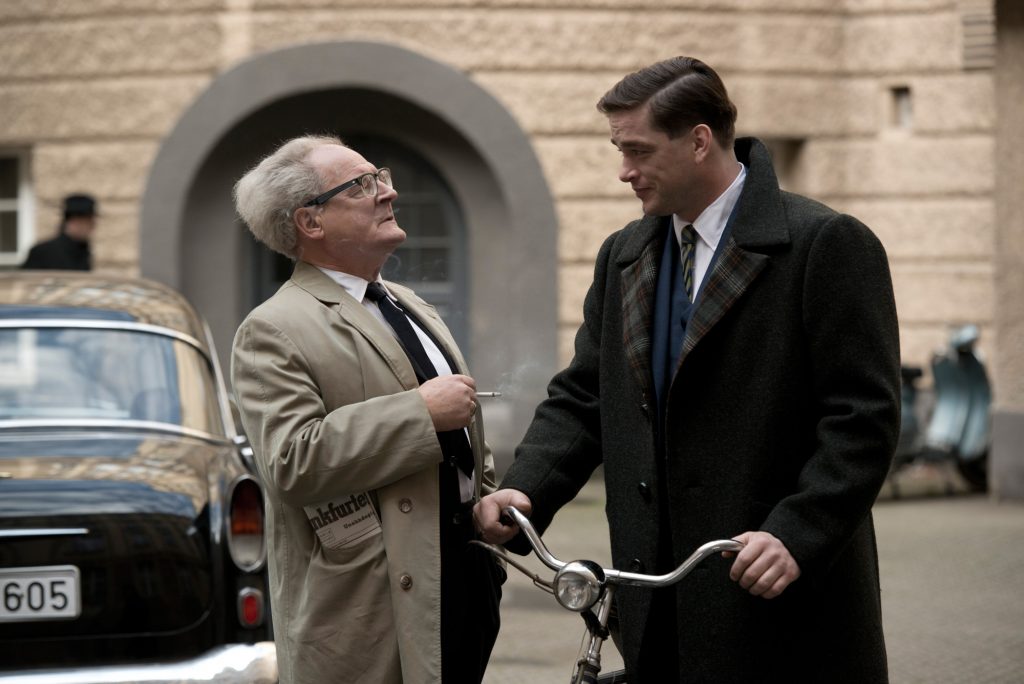 The title of the earnest German Film Award-winning biopic The People vs. Fritz Bauer implies a trial, but the only judgment against its postwar crusader comes from the court of public opinion. Director Lars Kraume and co-screenwriter Olivier Guez depict Frankfurt’s public prosecutor as a beleaguered old man whose unpopular mission to try former Nazi officials in the 1960s puts him at odds with a West German government more concerned with prosperity than history.

Bauer prosecuted SS officers in trials that revealed the inner workings of Auschwitz in horrific detail, but Kraume focuses on his clandestine role in the capture of Adolf Eichmann, a key architect of the Holocaust. By providing details of Eichmann’s whereabouts to Mossad instead of his own government, Bauer risked being charged with treason, a ramification that’s given little weight in Kraume’s vision of a righteous hero.

Burghart Klaussner plays Bauer as an imposing colossus who shudders when a chunk of his foundation is knocked off yet always returns to his full stature. Bauer’s Nazi-tainted peers in the justice system are oily careerists or smirking manipulators, and stymied staff members resent his demanding zeal. Kraume imagines Bauer as so isolated that he’s created the fictional prosecutor Karl Angermann (Ronald Zehrfeld) to be his worshipful, incorruptible ally.

This portrait of Bauer as a white knight honor-bound to save Germany’s soul glosses over the survival skills he developed as a gay, Jewish socialist. By focusing on his subject’s unwavering moral certainty, Kraume denies his ethical complexity and diminishes the difficulties of Bauer’s challenging stance to educate the society that wanted him dead.

The People vs. Fritz Bauer is available on Netflix