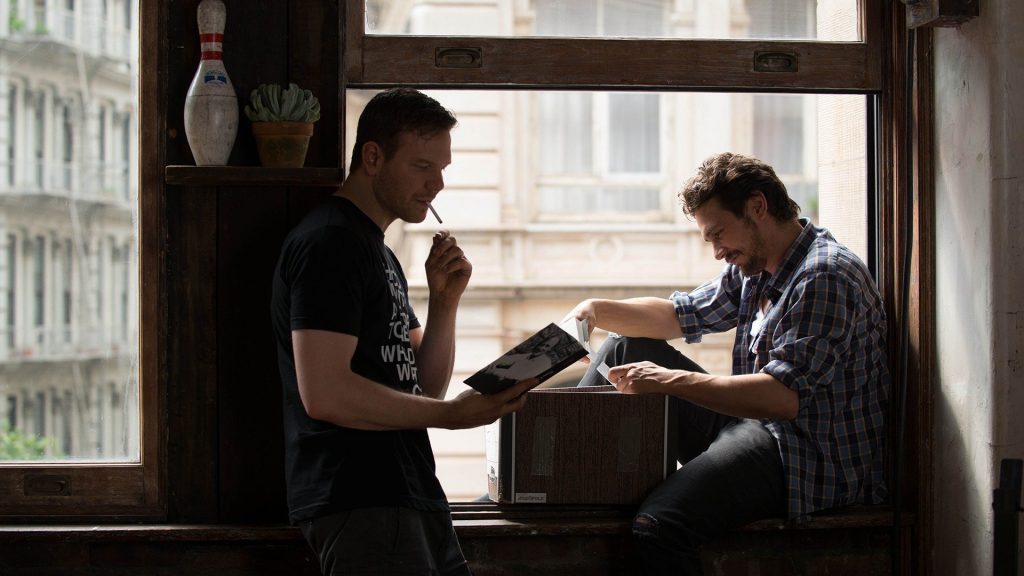 In this sketchy adaptation of Stephen Elliott’s The Adderall Diaries: A Memoir of Moods, Masochism, and Murder, James Franco portrays the author as fabulist and dilettante. Franco, who’s also a producer (and hired Pamela Romanowsky to write and direct her first feature), alternates between flighty entitlement and tortured preening as a literary star whose bestsellers detail his abuse, addiction, and institutionalization. Romanowsky cherry-picks details from the real Elliott’s life (including sadomasochistic proclivities) and uses slow-motion flashbacks to visualize how he replays past traumas.

Regarding his memories as gospel truth, Stephen dismisses the contradictory revelations from his father (Ed Harris in Sam Shepard bad-dad mode) that send his reputation into free-fall. Stephen shifts gears to write about the trial of accused murderer Hans Reiser (Christian Slater) but can’t be bothered to show up to court on time or do his own research. The latter is left to New York Times reporter Lana Edmond (Amber Heard), who’s just damaged enough to pique his predatory interest.