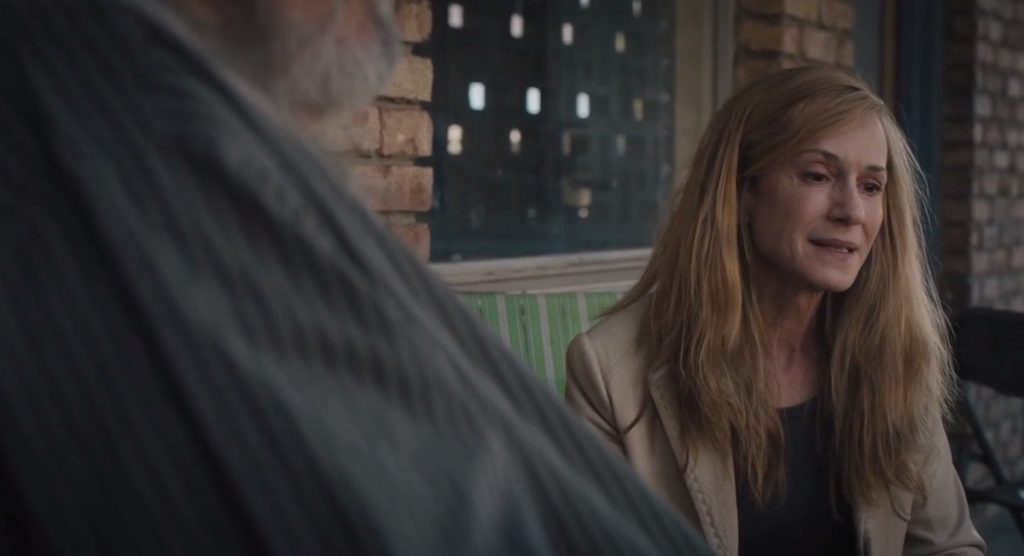 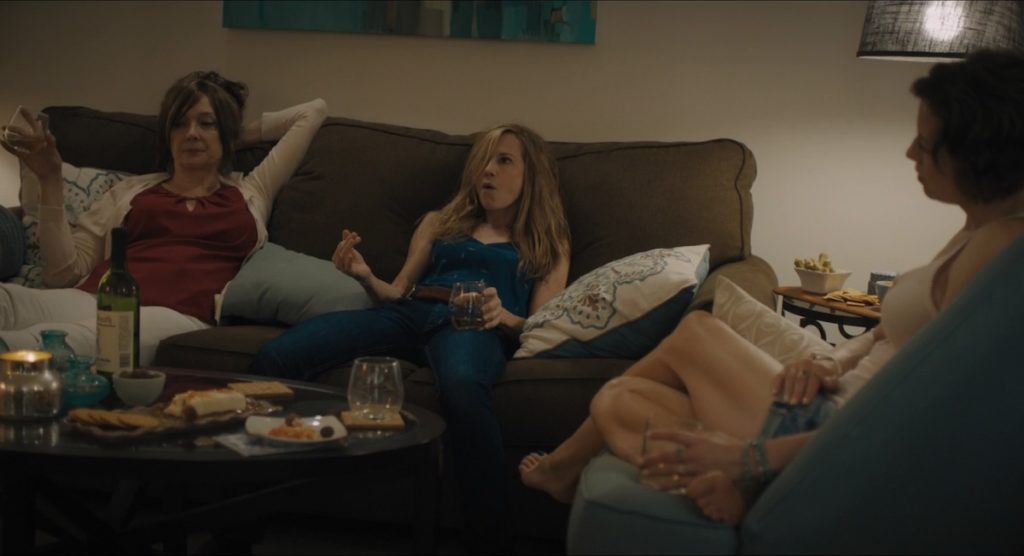 The petite Holly Hunter has an oversized onscreen presence, a vibrant intensity that can make her co-stars appear subservient. One of the best aspects of Katherine Dieckmann’s exquisite Strange Weather is its character parity. Hunter’s magnetic Darcy Baylor easily pulls people into her orbit, but her best friend (Carrie Coon) and estranged lover (Kim Coates) are as independent as they are devoted. Even when Darcy visits gale-force persuasiveness upon other characters, they stay rooted, strong enough to challenge her.

Writer/director Dieckmann (Motherhood, Diggers) turns a drama about grief into a mystery, having Darcy investigate the circumstances of her son Walker’s suicide. Seven years on, Darcy’s mourning has subsided, but her pain – and anger – remain. To confront Walker’s graduate school buddy, she commences a back-roads journey from northern Georgia to New Orleans. Dieckmann, influenced by the rural American neorealism of Winter’s Bone and Frozen River, uses the steamy Southern flatlands as both a physical and emotional terrain, creating a Faulknerian landscape of ghosts.

Dieckmann’s script is as strong as her direction, especially the conversations peppered with biting humor, like Coon and the late Glenne Headly (as Darcy’s childhood BFF) subtly jockeying for most-important-friend status. When Darcy says she and Walker were two peas in a pod, it’s easy to see how tight that shell must have become for him. In a quivering, bone-deep performance, Hunter takes Darcy from a mother encased in guilt to a woman who can acknowledge her shattering loss while still recognizing her right to be alive.

Review by Serena Donadoni
Released on July 28, 2017 by Brainstorm Media
First published in The Village Voice, 2017.

Strange Weather is available on Netflix