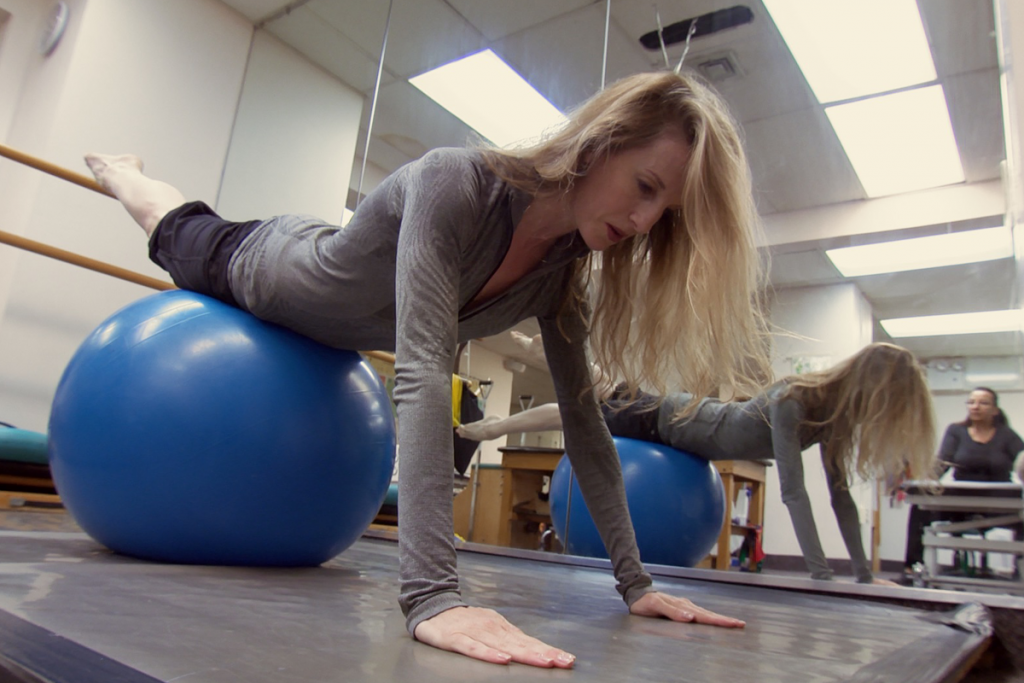 Linda Saffire and Adam Schlesinger show as much generosity of spirit to their subject, prima ballerina Wendy Whelan, as she has displayed to fellow dancers at the New York City Ballet during a storied thirty-year career. Their adoring documentary, Restless Creature, isn’t hagiography, but it does serve as a corrective to the way ballerinas are portrayed in fictional movies as being ferociously competitive.

At 46, Whelan is dealing with her first major injury while facing the prospect of retirement. She’s highly vulnerable – physically and emotionally – but still lets Saffire and Schlesinger follow her into the operating room and through an uncertain recovery. Whelan doesn’t fret or strategize; instead she exudes a calm certainty as she focuses on the work (through individual effort and intense collaboration). Still, Restless Creature captures the moment when she’s forced to cope with a crippling crisis of confidence. While acknowledging some missteps (such as jumping into a strenuous project too soon after surgery), Saffire and Schlesinger exhibit Whelan’s grace in dance and in life.

She views ballet as a continuum, along which each dancer learns from teachers, partners, choreographers, and mentors (she worked extensively with Jerome Robbins), and then passes that knowledge on to the next generation. Never a cutthroat careerist, Whelan wasn’t intimidated by who came before and was unfazed by rising stars. She made the most of her place in the ballet world, and she was in turn appreciated for how she interacted with others as much as she was for the roles she originated. Whelan made her mark as a principal dancer with true esprit de corps.

Review by Serena Donadoni
Released on May 24, 2017 by Abramorama
First published in The Village Voice, 2017.