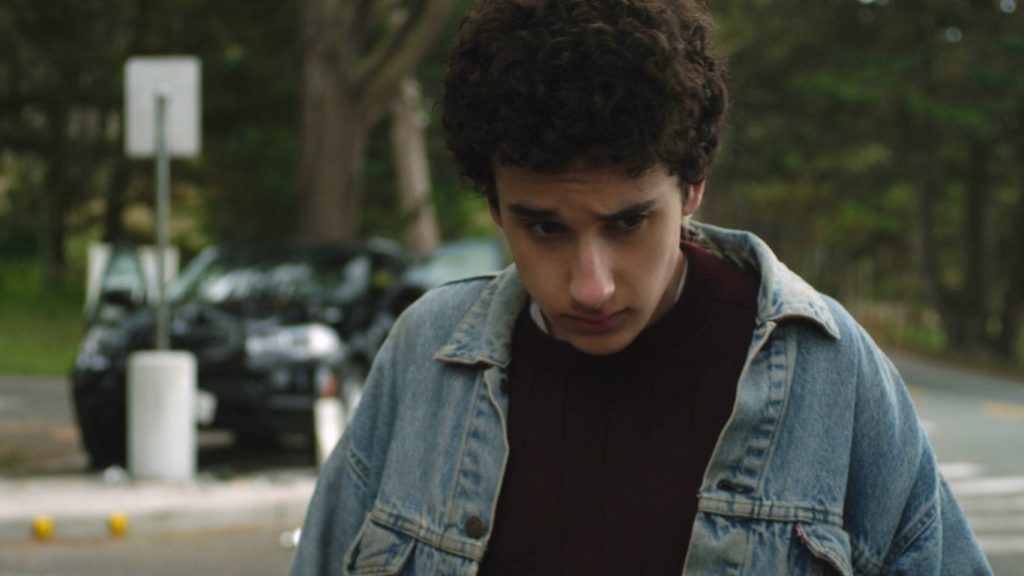 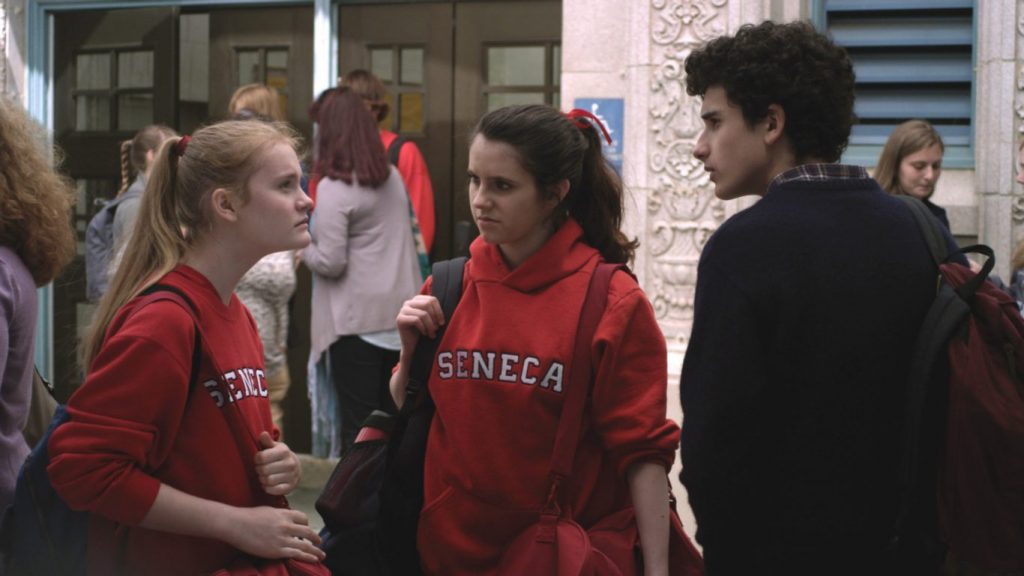 What do you do with a loathsome hero? Noah Pritzker isn’t sure. His aimless first feature (co-written with Ben Tarnoff) is built around slippery teenage manipulator Clark Rayman (Ben Konigsberg), who goes from a little Machiavellian to big-time creepy with no rhyme or reason. Quitters initially seems like a bleak comedy about family upheaval, with Clark as the kind of over-intellectualizing, girl-hungry nebbish that would scream Woody even if Pritzker hadn’t parroted an Allen opening sequence (pensive piano score over title cards followed by a cut to Mira Sorvino as a ditzy, pill-addicted mother).

There’s something darker in Clark than the self-delusion that he’s too mature for the drama of adolescence. Would-be girlfriend Etta (Kara Hayward) recoils when he becomes domineering and possessive – he follows her to a teenage party he finds abhorrent. After their fellow student Natalia (Morgan Turner) takes an interest in him, Clark moves in on her welcoming bohemian family, leering at her mom (Saffron Burrows) while imagining himself free from his dazed father (Greg Germann).

Quitters’ many missed opportunities include: Pritzker’s hometown of San Francisco being used as merely a pretty backdrop for the wealthy; Etta’s relationship with an English teacher at her private high school adhering to the cliché of slumming would-be novelist attracting a lost girl; and the wonderful Hayward (Moonrise Kingdom) and Turner (Mildred Pierce) playing smart, interesting characters reduced to objects of feckless machinations. Etta and Natalia are afforded only fleeting moments of insight, but they see Clark with a brutal clarity he can only aspire to achieve.

Review by Serena Donadoni
Released on July 22, 2016 by Momentum Pictures
First published in The Village Voice, 2016.