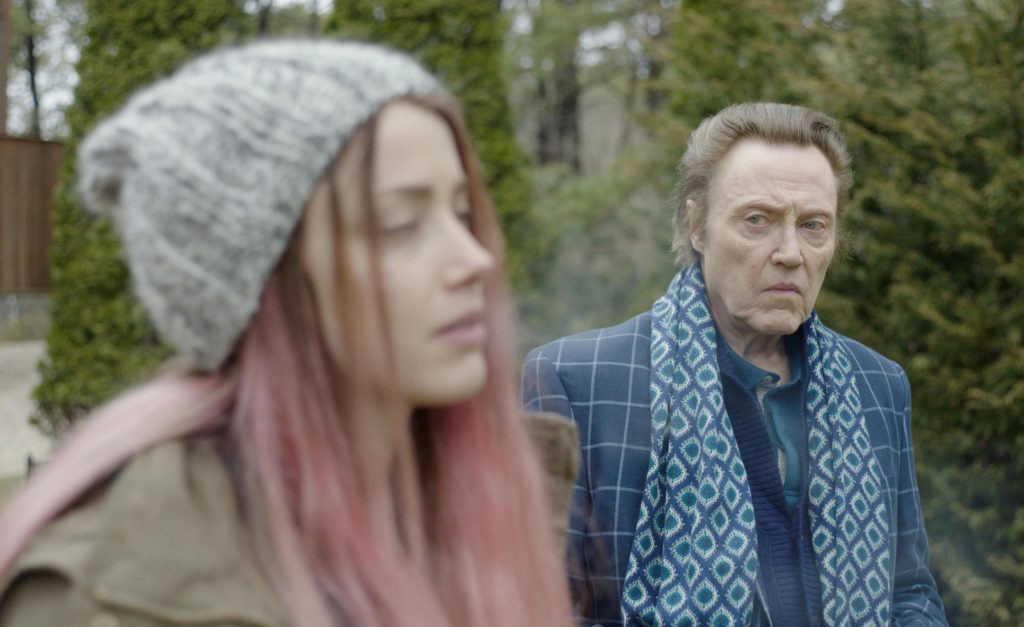 Robert Edwards’s wan drama One More Time opens with the sounds of fumbling in the dark: zippers descending in unison, a needle dropping on vinyl, a crooner’s voice promising romance. That’s when Jude Lipman (Amber Heard) demands that her latest pick-up change the album. He doesn’t know that the singer is Jude’s father, Paul Lombard (Christopher Walken), a Sinatra knockoff whose LPs have become hipster kitsch. Jude is a passionate but unfocused singer songwriter stuck in the shadow of her star dad, who jokes at a family dinner that her birth name (Starshadow) resulted from his 1980s hippie period. Edwards (Land of the Blind) uses that quip to show how Paul was always out of step with the times, but the writer/director misses the biggest joke: that no one in the Lombard family sees it as ironic.

This is a recklessly unaware bunch, inflicting the same hurts, indulging old grievances, and circling the attention-seeking Paul. Walken does his blissed-out best to humanize Paul’s arrogant selfishness while playing up his competitiveness, as exemplified by upstaging Jude during a performance of the incredibly awkward Frank and Nancy Sinatra duet “Somethin’ Stupid.” The characters are overburdened by backstories that constrict rather than inform their behavior, with Heard especially weighed down by Jude’s flailing indecision (and a too-long pink wig). They’re as clunky and earnest as Paul’s comeback song, “When I Live My Life Over Again” (the film’s original title), a collection of well-worn phrases that pleasantly distracts from a thoughtless man’s wreckage.

Review by Serena Donadoni
Released on April 8, 2016 by Starz Digital
First published in The Village Voice, 2016.