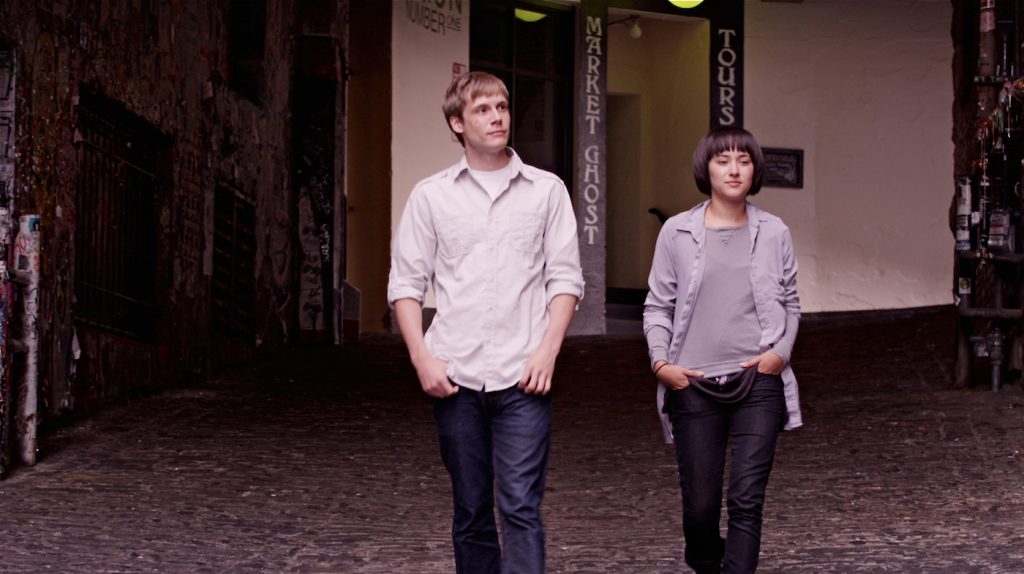 Writer/director Smith uses these indie-film clichés as the backdrop for a tame tale of unrequited love. Denim falls for Nikki when he sees her perform an achingly confessional song dedicated to the girlfriend (Angela Sarafyan) who just left her. Their fast friendship is intense and fulfilling, and the two transplants explore a beautiful city while keeping their loneliness at bay. Never isn’t revolutionary in style or content, but Smith does the familiar well and creates an ideal showcase for Zelda Williams.

In dramatic roles (and some of his manic comedy), her father Robin Williams could express dislocation while being the most compelling figure onscreen. Zelda shares that quality, imbuing Nikki’s malaise with a riveting sadness. During encounters with Sarafyan, Williams runs the gamut of the discarded lover: pleading and scornful, defiant and resigned. She also conveys the wordplay of Nora Kirkpatrick’s songs without overselling, her honeyed, husky singing voice giving them weight. Williams fills in her thinly sketched character so well that Nikki’s struggles become bigger than any relationship, transforming Never from a predictable love story into a defiant song of herself.