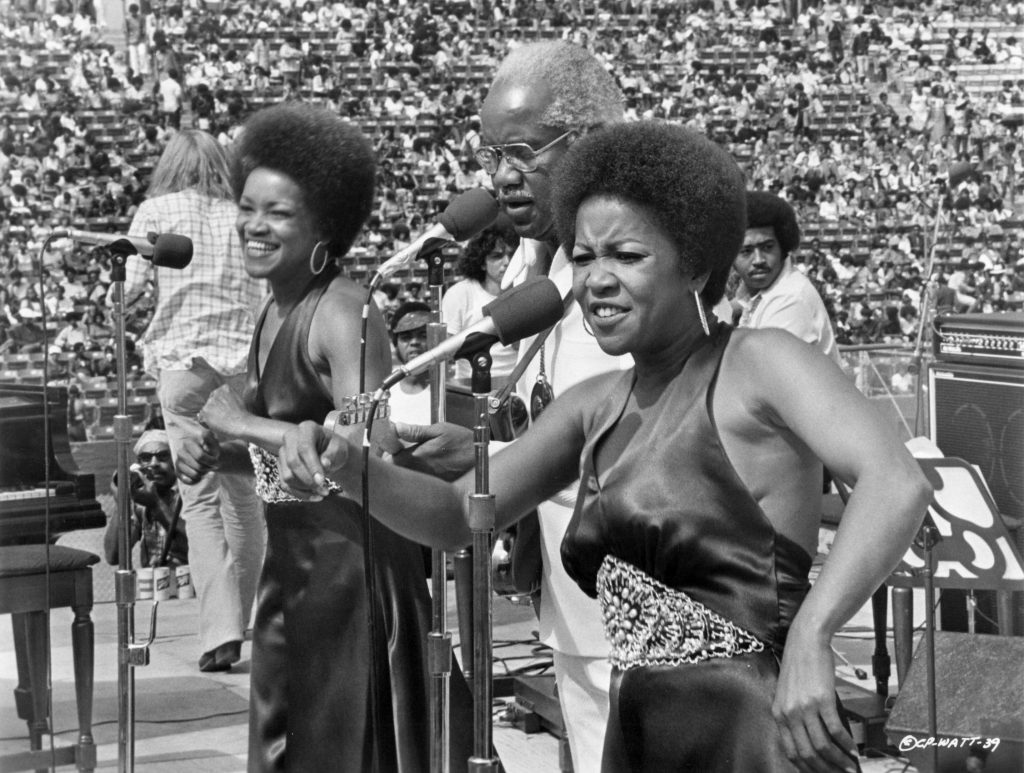 The breezy positivity of Jessica Edwards’s documentary echoes the outlook of lively legend Mavis Staples, who’s been performing for six decades with no plans to retire. “I’ll stop singing when I have nothing left to say,” Staples asserts, “and you know, that ain’t gonna happen.” The upbeat Mavis! offers an introduction to the indefatigable singer: historical context for the Staple Singers, formed by Roebuck “Pops” Staples as a family gospel group; and much appreciation of Mavis’s honey-with-grit voice, which may have lost some strength over the years, but none of its power.

Edwards’s first feature-length documentary is more in tune with the workaholic showbiz resurgence of Joan Rivers: A Piece of Work than the troubled-artist narrative of What Happened, Miss Simone? Mavis is seen first and foremost as a tireless performer, touring at 75 because she’s still energized by audiences. Her civil rights activism is expressed through music, from freedom songs and folk protest ballads to the soul gold of “Respect Yourself” and “I’ll Take You There.” Even as she recalls career setbacks and personal disappointments, Staples displays rock-solid faith, unwavering confidence, and bubbly optimism.

A more probing biographical film might explore the peerless musical collaboration of Mavis and Pops Staples beyond observing a proud daughter champion her father as an underrated guitarist and unheralded trailblazer. But Edwards is content with presenting Mavis as she sees herself: as the conduit for a song’s message, and a voice to uplift the weary.