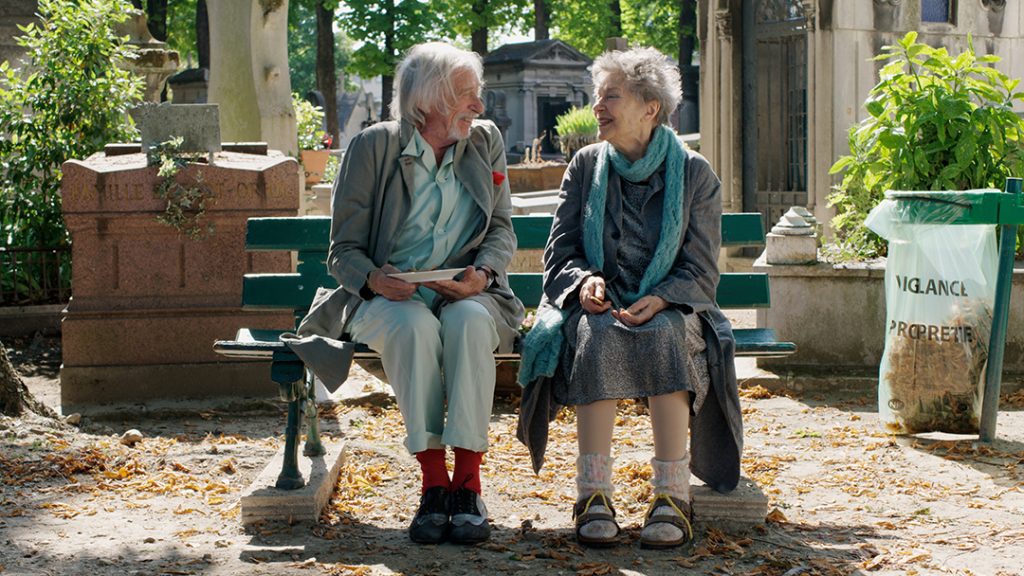 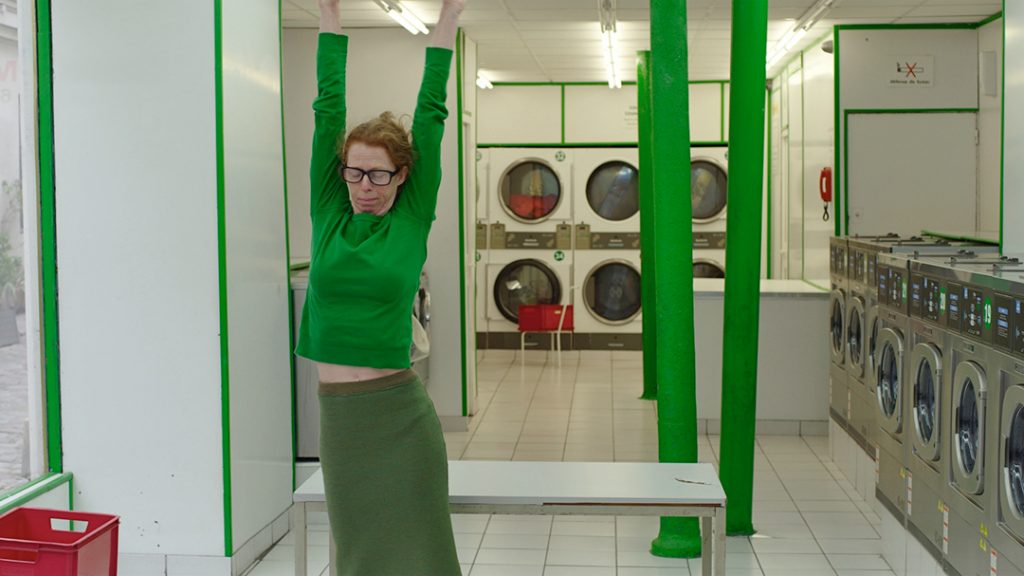 Fiona Gordon and Dominique Abel’s signature style blends screwball and romantic comedy with playful fantasy, but Lost in Paris lacks the magical elements of their previous features (Iceberg, Rumba, and The Fairy, co-directed with Bruno Romy). Instead of fanciful leaps of logic, their latest revolves around the actions of impulsive characters. Gordon and Abel continue employing clown techniques (exaggerating physical characteristics, heightening everyday absurdities, making the commonplace dangerous) while also adding elements of a mystery to the escapade.

Timid Canadian librarian Fiona (Gordon) has long wanted to visit Paris, so she jumps at the chance to help care for her 88-year-old aunt, Martha (Emmanuelle Riva), a feisty former dancer who’s being pressured to leave her apartment for a retirement home. She arrives to find Martha missing, and the sheltered Fiona becomes the most helpless of hapless tourists. (There are some pointed Canadian jokes, including Fiona flying the maple leaf on her backpack and encountering a do-right Mountie.) Fiona soon attracts the cloying attention of Dom (Abel), a buffo hobo inordinately proud of his antisocial skills.

Gordon and Abel incorporate elements of lighthearted musicals and silent-film comedy (a scene atop the Eiffel Tower evokes the derring-do of Harold Lloyd) and provide themselves plenty of opportunities to stretch their pliant, wiry physicality. Riva is a bubbly delight in one of her final roles, her mischief perfectly at home in Gordon and Abel’s escapist vision of a benign Paris where liberty and idiosyncrasy happily coexist.

Review by Serena Donadoni
Released on June 16, 2017 by Oscilloscope Laboratories
First published in The Village Voice, 2017.