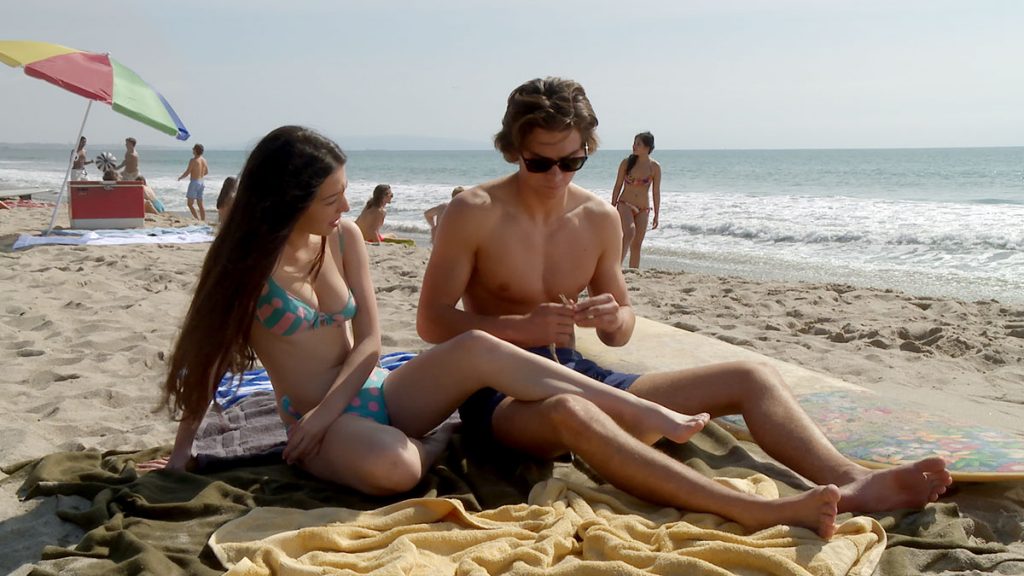 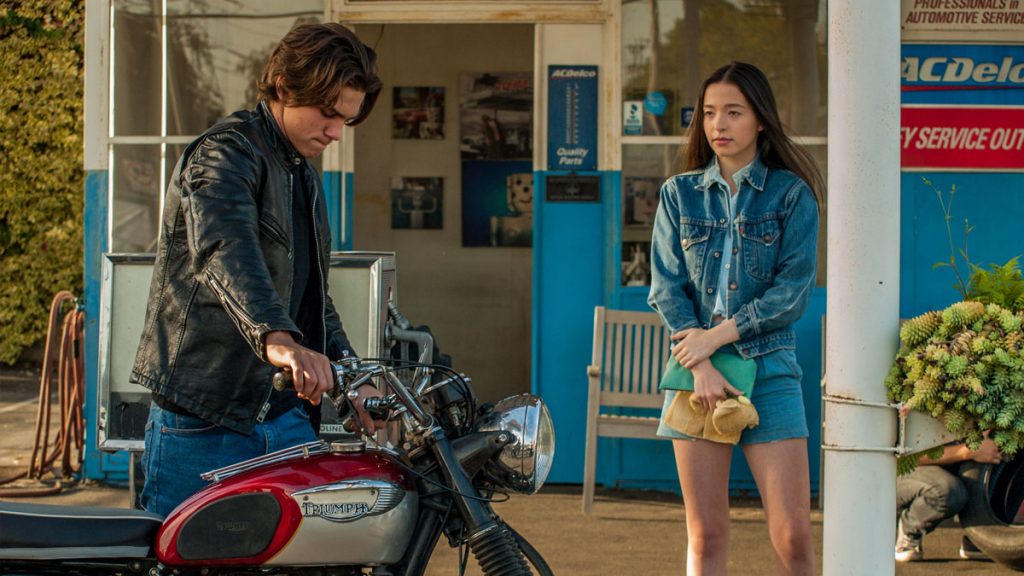 The coming-of-age movie is the go-to genre for directors in their twenties and thirties still feeling the reverberations of those excitable years. But an octogenarian? Terry Sanders embraces naïve wisdom in the wispy drama Liza, Liza, Skies Are Grey, where idealized youth takes the form of a composed fifteen-year-old who determines her own sexual awakening.

Sanders’s experience as a documentary director and producer (winning an Oscar for Maya Lin: A Strong Clear Vision with his wife, director Freida Lee Mock) influences his debut feature, which follows Liza (Mikey Madison) and boyfriend Brett (Sean H. Scully) as they ride a Triumph motorcycle on the winding Pacific Coast Highway, encountering freaks and weirdos. Sanders locates the couple in the social and political upheavals of 1966 without invoking any of the decade’s cinematic verve. These privileged teens’ casual fatalism is attributed to fears of nuclear annihilation and the looming Vietnam War, along with parental strife, but Sanders doesn’t feel fully invested.

His youthful conflict was Korea, explored in 1962’s War Hunt (produced by Terry and directed by his brother Denis). Even the title, a line from the 1929 jazz standard “Liza (All the Clouds’ll Roll Away),” belongs to a different era. But as writer, producer, editor, and director, Sanders is deeply committed to this love story of free-spirited pragmatists, with an impossibly guileless Madison ideally paired with the forthright Scully. Smitten with his characters, Sanders takes the elements of teen exploitation films and fashions a simple, placid return to innocence.

Review by Serena Donadoni
Released on August 18, 2017 by Ocean Releasing
First published in The Village Voice, 2017.