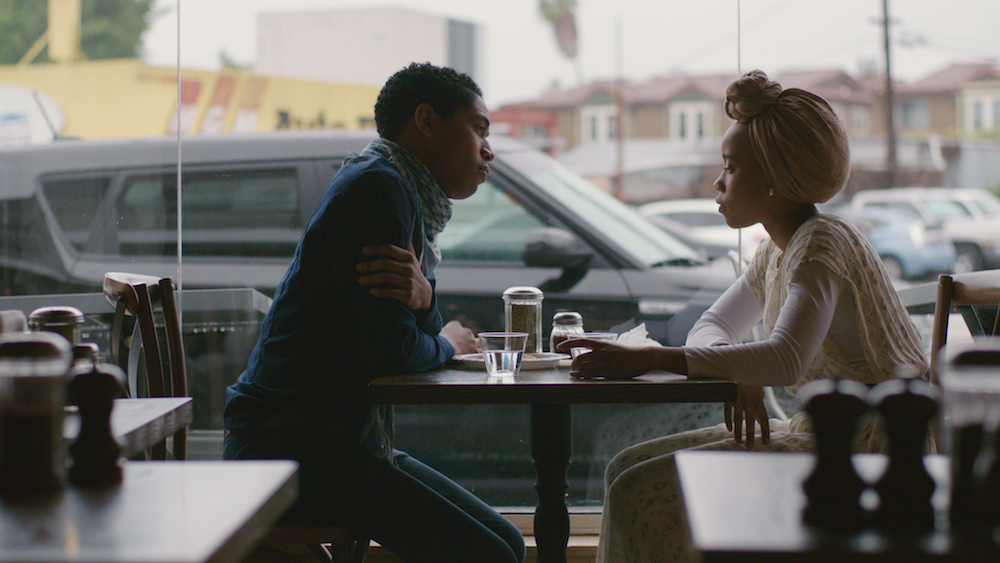 There’s nothing preachy about Jinn, even though Nijla Mu’min’s elegant debut feature is about a teenager coming to terms with her mother’s newly embraced religion. Summer (Zoe Renee) is in limbo during the spring of her senior year, awaiting word from CalArts (Mu’min’s alma mater) about admission into its dance program. She’s a confident, goal-oriented high school student who is accustomed to certainty, and it’s during these tenuous months that her mother Jade (Simone Missick) guides the skeptical Summer toward Islam.

Making Jade a convert gives writer/director Mu’min a way to introduce non-Muslims to her faith by showing a secular woman finding inner peace, but she also explores how a mother’s assurance and zeal affect a teen whose identity is more patchwork than uniform. The schism between Jade and Summer arises not solely from differing religious commitment but from a generation gap that places stability and fluidity on opposing sides.

A meteorologist for a Los Angeles television station, Jade had always prided herself on her professionalism, and she channels that single-minded drive into becoming a dutiful Muslim. Summer, meanwhile, balks at identifying herself by some single word, which her Muslim classmate Tahir (Kelvin Harrison Jr.) does easily. Her intense connection with Tahir is built on a misconception: Summer interprets his airiness as rebellion instead of ingrained faith.

The boisterous Summer whirls through her relationships with thoughtful abandon, but Mu’min and cinematographer Bruce Francis Cole frame her in widescreen images of glowing, classical beauty. This aesthetic tension suits the character, whose adolescent flailing only confirms her core beliefs that contradictory impulses can be reconciled and experimentation is her only constant.