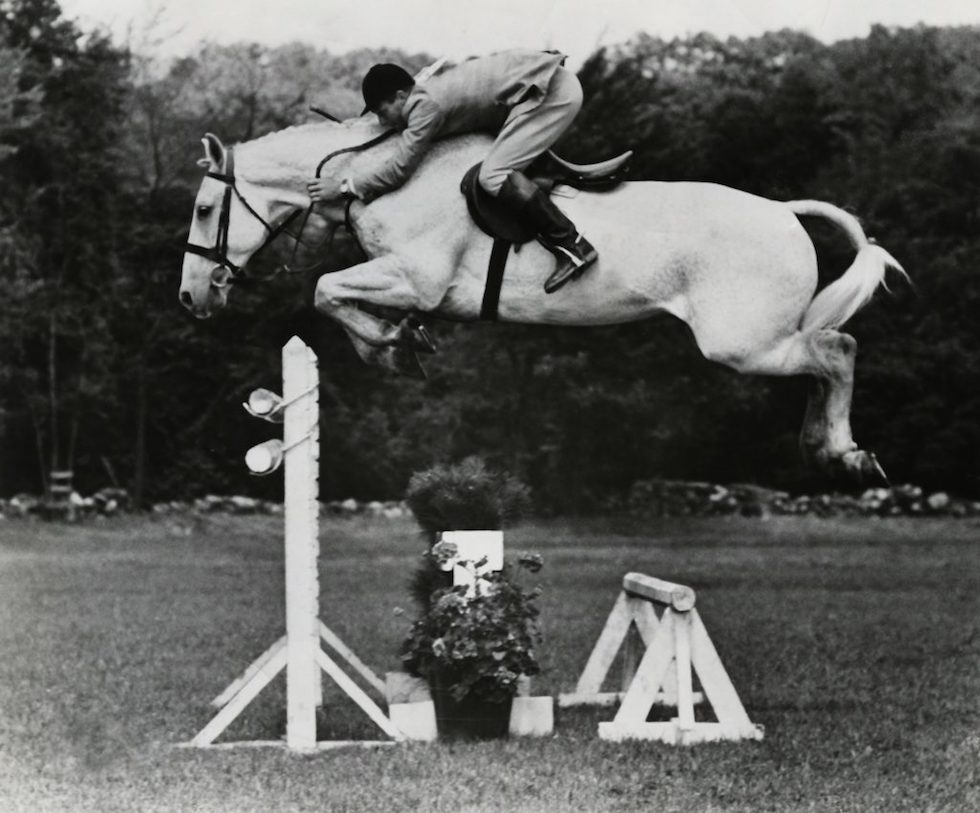 Americans tend to view professional sports as egalitarian meritocracies, but equestrian competitions still have the air of elitism, a rarefied realm of bloodlines and blue bloods. That’s why scrappy underdog narratives resonate: their upstarts cross the class divide and compel high society to acknowledge the value of the seemingly worthless. Director Ron Davis captures this dynamic in his documentary Harry & Snowman when rider and trainer Harry de Leyer brings jumper Snowman to Madison Square Garden for the tony National Horse Show in 1958.

Neither had the proper breeding. De Leyer was the hired help, a Dutch immigrant who taught riding at an exclusive girls school, while Snowman was a plow horse purchased for $80 from a trailer bound for the slaughterhouse. Their spectacular victory would be the triumphant final scene in a feature biopic, but Davis uses that footage to demonstrate something more: the profound partnership between man and horse, leaping over barriers as if one creature.

Snowman was at ease in the spotlight but never became a pampered show horse. The speckled gray gelding was the equine companion of eight de Leyer kids, whose childhoods were intertwined with their father’s business. Now 89, de Leyer kept riding professionally so long that he was called the Galloping Grandfather.

Still, acclaim didn’t keep him from the daily tasks of running a horse farm or spare him the conflicts that arise between a devoted workaholic and his family. The engaging Harry & Snowman shows the impact of a rescue animal on the man who saw his neglected qualities. It’s also a succinct demonstration of the difference between a livelihood and a life’s work.

Review by Serena Donadoni
Released on September 30, 2016 by FilmRise
First published in The Village Voice, 2016.

Harry & Snowman is available on Netflix