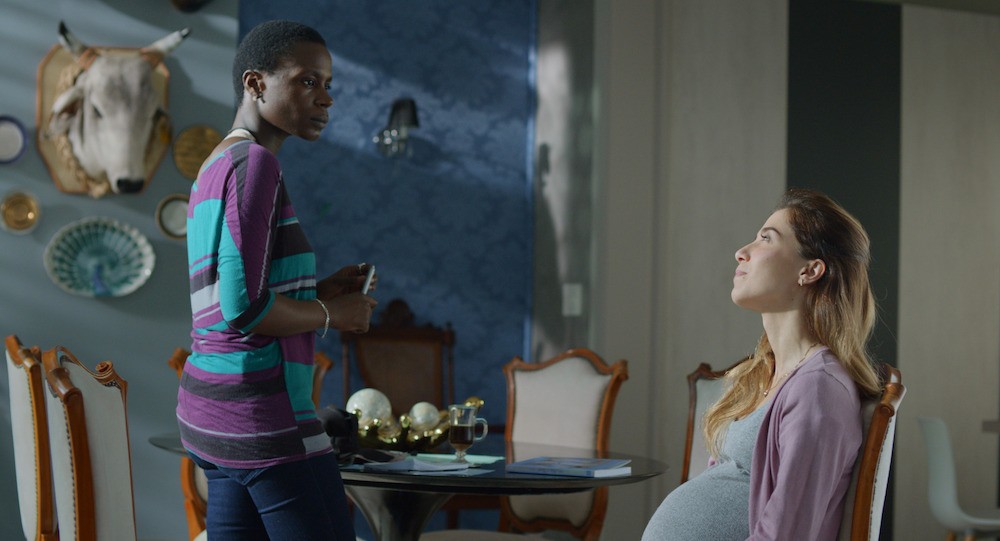 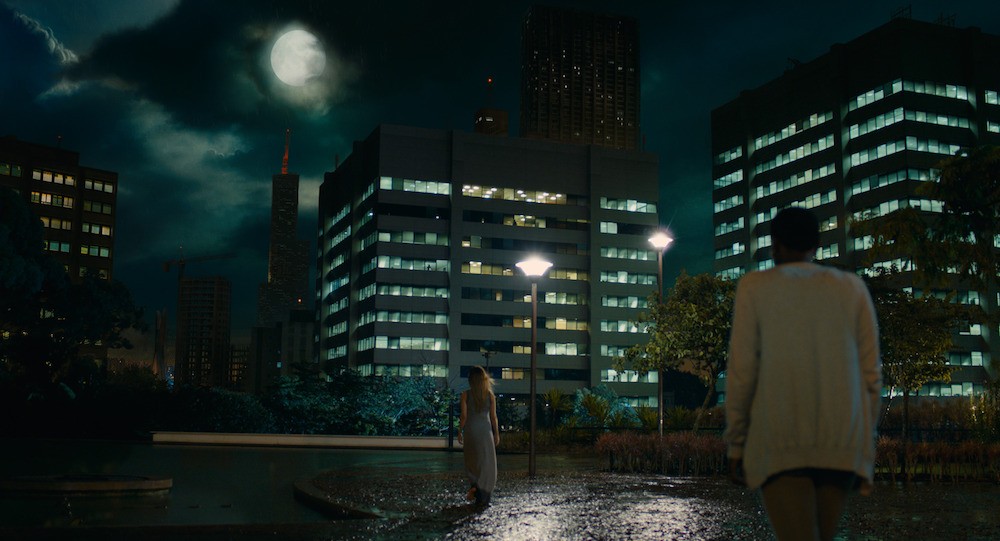 Juliana Rojas and Marco Dutra’s contemporary fairy tale is a heady blend of heightened reality and grounded fantasy set in a São Paulo envisioned as an orderly steel-and-glass fortress surrounded by the colorful chaos of improvised neighborhoods. High and low are clearly delineated, and when Clara (Isabél Zuaa) arrives at the condo tower where a demanding, pregnant Ana (Marjorie Estiano) is interviewing potential nannies, her unease is expressed in twitchy discomfort. The visual style (color-saturated modern gothic) and tone of empathic fatalism can be described as Guillermo del Toro meets Jacques Demy, but Rojas and Dutra have created a singular fable where anxiety and fear are directed inward, even when the danger is all too real.

In exploring the differences between Clara, a Brazilian of African descent whose nursing career was thwarted, and Ana, shamed by her family and suffering in opulent isolation, Rojas and Dutra (Hard Labor) dissect ingrained social disparities that persist even when the women develop a relationship that shatters conventional barriers. With Clara, the writing and directing team take a trope (wise servant as magical savior) and make her the embodiment of powerful compassion.

Zuaa’s quiet intensity is hypnotic, and when Clara finally encounters the monster that Ana dreads, she makes a startling decision that epitomizes her core beliefs as a caregiver. That moment comes midway in this 135-minute supernatural tale of love and sacrifice. Good Manners also serves as the origin story of Ana’s seven-year-old son, Joel (Miguel Lobo), who chafes at Clara’s restrictions and is beginning to comprehend his deadly impulses; it’s a remarkable example of building empathy for a creature who can inspire fear, but also elicit devotion.

Review by Serena Donadoni
Released on July 27, 2018 by Distrib Films US
First published in The Village Voice, 2018.