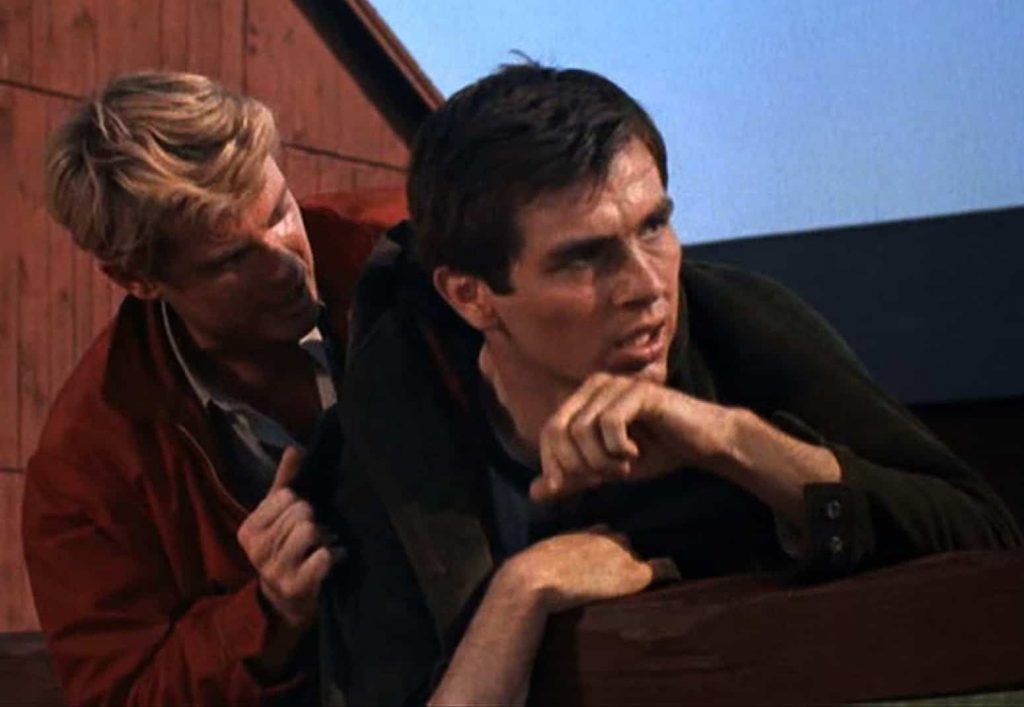 Michael Almereyda’s Escapes is a rough sketch compared to polished Hollywood portraits like The Kid Stays in the Picture. That’s partly because Hampton Fancher – the screenwriter, actor, and filmmaker – is not a well-oiled raconteur like Robert Evans, who’d already worked out his slick patter in an autobiography. Almereyda (This So-Called Disaster, Experimenter) also doesn’t employ re-creations to enhance his single-source storytelling, as in the George Lazenby biodoc Becoming Bond.

He initially pairs Fancher’s narration with clips from his heyday as a television guest star and studio bit player. So Fancher’s rambling recollection of a violent confrontation with a girlfriend’s ex plays over western standoffs and a fight scene with Troy Donahue from the 1961 film Parrish (and since that girlfriend was Teri Garr, there are snippets of her films). It’s a jarring introduction, this stream of oft-repeated clips (unidentified until the end credits) accompanied by a rambling story that makes Fancher sound like a privileged brat.

Almereyda follows this by turning off Fancher’s voice and revealing, through photographs and intertitles, that his subject did more crazy, audacious things by the time he was twenty than most people do in a lifetime. This turned out to be good preparation for the vagaries of a demi-famous life in front of the camera, and as a screenwriter (Blade Runner) and director (The Minus Man). When Fancher’s weathered visage finally appears, he recounts more regrets than triumphs, but in Almereyda’s affectionate biographical scrapbook, his accomplishments are small manifestations of an iconoclastic existence whose reward is a messy, cherished independence.

Review by Serena Donadoni
Released on July 26, 2017 by Grasshopper Films
First published in The Village Voice, 2017.