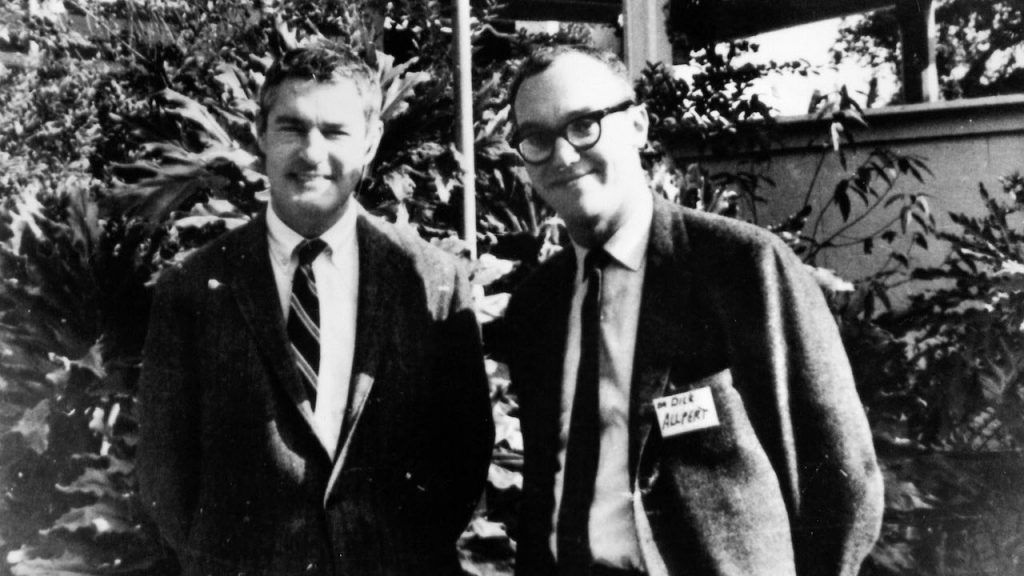 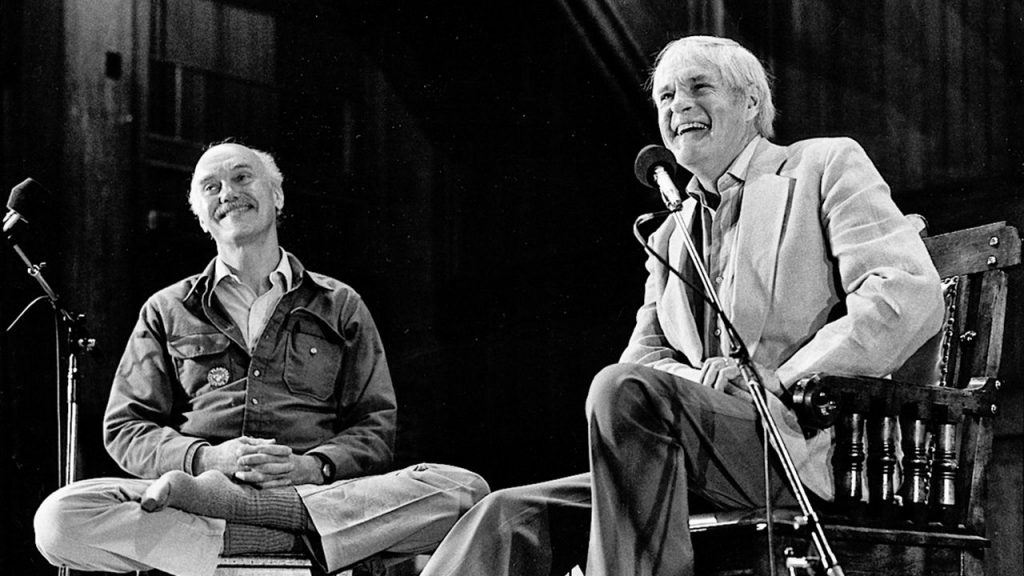 Gay Dillingham’s introductory biography of psychologists-turned-philosophers Timothy Leary and Ram Dass finds its subjects revealing themselves while considering their signature mottos. Leary rails against “turn on, tune in, drop out” being perceived as a simplistic hippie cop-out, going into great detail about its meaning in a display of intellectual fireworks that shows his dogged didacticism and freewheeling mind. When Dass discusses “be here now,” he serenely describes the command as an act, as a stripping away of his past as status-seeking academic Richard Alpert and as a release from trying to control the future.

These former Harvard colleagues, whose experiments with psychedelic drugs in the 1960s ushered in the trippy counterculture, took drastically different paths after an intense period together, and their 1995 reunion (filmed by Dillingham and the centerpiece of her debut documentary) is both testy and conciliatory. Diagnosed with cancer, Leary sees dying as another opportunity for consciousness expansion, with Dass again serving as eager ally. But Dass’ immersion in Eastern religions shifts the dynamics of their relationship, allowing the former protégé to offer guidance to his mentor.

Within this sketchy profile of influential thinkers who helped make nonconformity a generation’s norm is an interesting discussion of death and its reverberations among the living. Dying to Know is built upon the spiritual beliefs of Dass, whose comforting presence is the antithesis of the dynamic Leary. He espouses that life and death are a continuum, and it’s a fitting construct for men who’ve already lived so many lives that dying just becomes part of the process.