Do You Take This Man 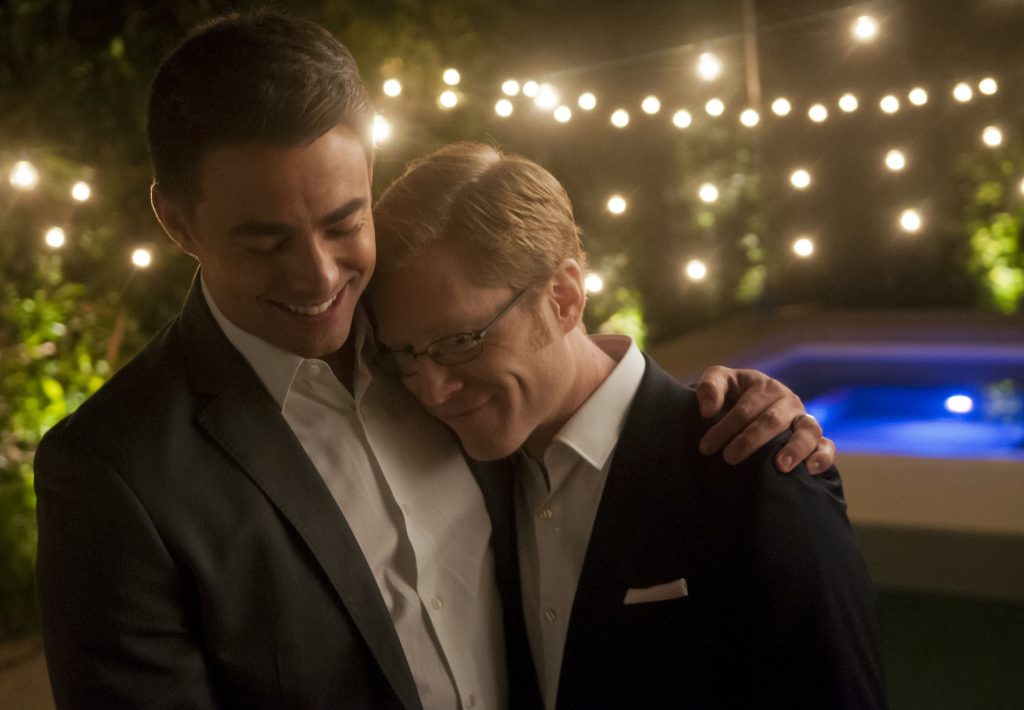 By taking a low-key approach to a high-stress situation, Joshua Tunick turns a familiar romcom premise into a treatise on commitment. On its surface, Do You Take This Man (originally called Modern Love) might at first seem like just another indie talkfest set in an idealized Los Angeles where prosperity and tolerance are a given. But writer/director Tunick uses an impending wedding as occasion for his characters to peel away well-manicured identities and confront the parts of their lives – and themselves – that aren’t Instagram-perfect.

The morning of their rehearsal dinner, Daniel (Anthony Rapp) performs an intricate cappuccino preparation that would shame most baristas and is savoring his creation when Christopher (Jonathan Bennett) breezes into the kitchen and brews a cup from a single-serving machine. This ritual highlights their everyday differences: Daniel is methodical and exacting, while Christopher favors ease and convenience. Their opposites-attract relationship is both a source of humor and the impetus for an argument that threatens their happily-ever-after.

Tunick, who directed the 2001 documentary Mr. Smithereen Goes to Washington (about singer Pat DiNizio’s U.S. Senate campaign), infuses his debut narrative feature with a sunny optimism that gives an emotional drama the air of escapism. With his emphasis on close-ups, a profanity-free script and the casting of TV regulars (including Alyson Hannigan and Thomas Dekker), Do You Take This Man could nestle perfectly in several basic-cable niches. Love is love in Tunick’s comforting diversion, and the hard work of relationships is always worth the trouble.