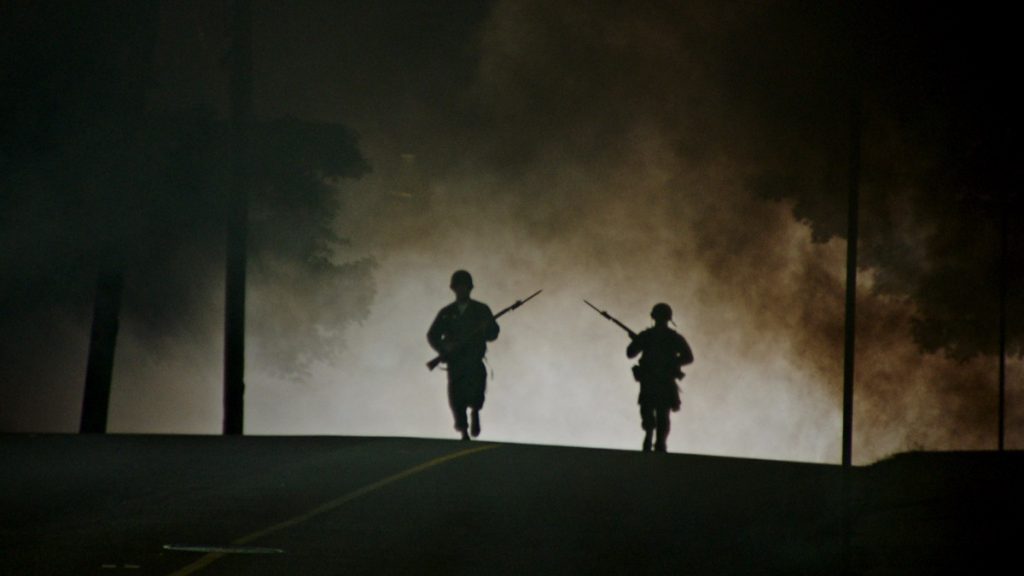 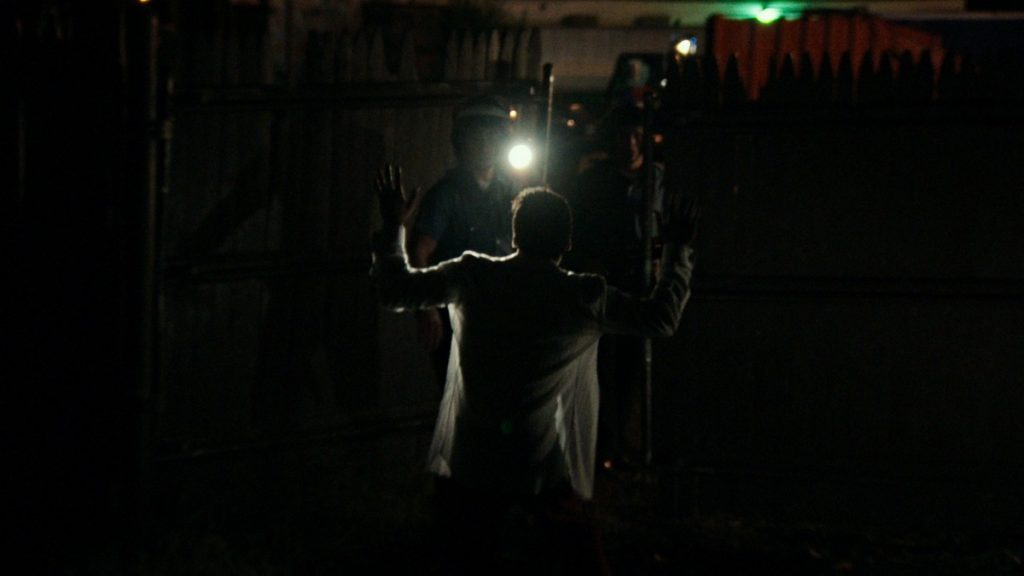 The simplicity of Kathryn Bigelow’s Detroit is its best and worst quality. Her direction has such clarity and power that the chaos and brutality of 50 years ago is vivid and immediate, and if Bigelow had opened with the July 23, 1967 raid on a blind pig that set off one of the largest civil disturbances in United States history, and ended with the last horrifying minutes of police violence at the Algiers Motel, Detroit would stand as the rare period film that simultaneously addresses the past and present, and enriches our understanding of both.

But in the 143-minute Detroit, Bigelow and screenwriter Mark Boal attempt to enhance their visceral re-creation of police criminality with a broader, less effective look at racial inequality. The film opens with a superfluous animated prologue about the Great Migration, which had more of an impact on the Detroit riots of 1943 than the uprising of 1967. And while meticulous about presenting the actual experiences of victims terrorized and killed at the Algiers Motel, Boal has no qualms about distorting real participants and conflating other events.

Grandstanding attorney for the Detroit Police Officers Association Norman Lippitt gets a fast-talking caricature (played by John Krasinski), and the multiple legal proceedings he attended are represented by a single trial. The white police officers armed with rifles and shotguns in Detroit are also fictional, their actions based on survivor recollections, their attitudes reflecting the power structure of a segregated city. Officers Flynn (Ben O’Toole), Demens (Jack Reyner), and Krauss (Will Poulter), their vicious ringleader, are first seen driving in their Galaxie 500 cruiser, surveying damage from looting and arson as if they were touring a wildlife park, commenting on the action and impervious to the threat of violence.

That conversation contains familiar distancing language of “they” and “them,” which Boal bookends with a scene where two black teens, Carl Cooper (Jason Mitchell) and Aubrey Pollard (Nathan Davis Jr.), act out a white cop/black civilian scenario, with verbal hostility used to spur a violent response (and arrest), and the officer repeatedly using the possessive “my,” as in “my corner” and “my city.” Boal’s dialogue captures the officers’ innate presumption of authority, which shows that even before tanks rolled into Detroit, the city had an occupying force in place to maintain a rigid, codified order. 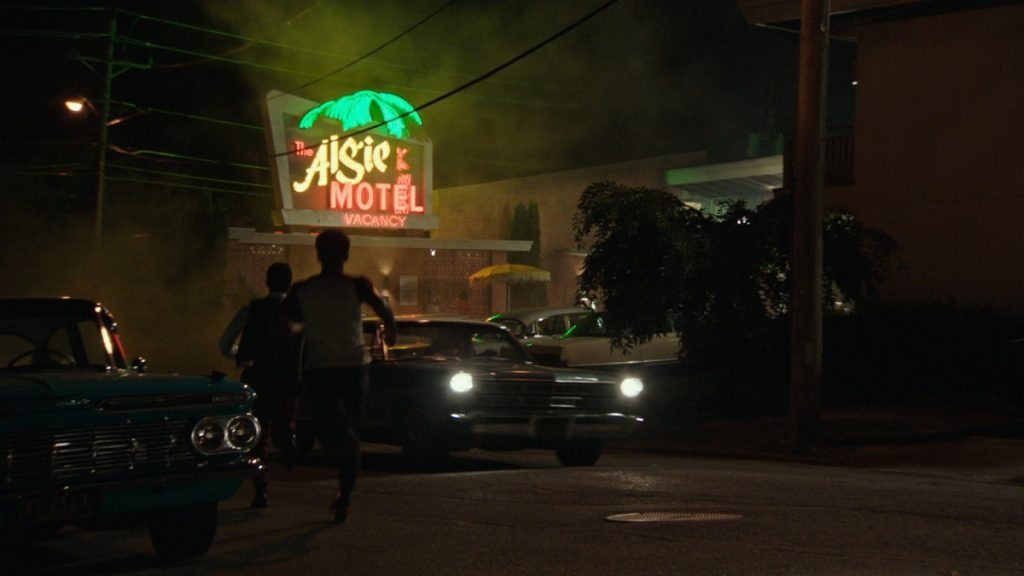 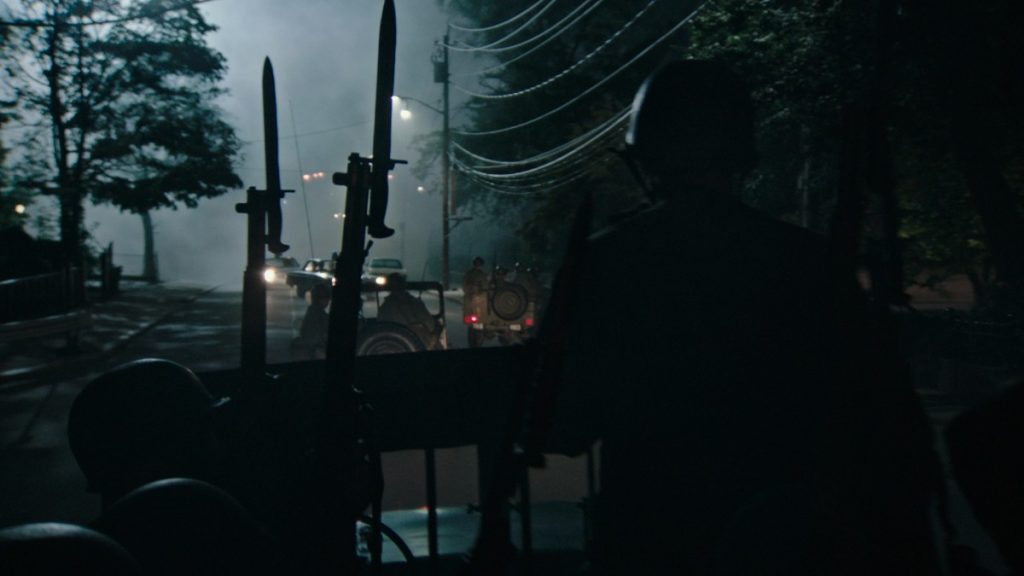 They were all staying in the Manor House, a smaller annex behind the Algiers, when Michigan National Guard troops stationed nearby heard shots, and joined Detroit Police in looking for a sniper. What happened next was a night of such egregious police abuse that the Algiers Motel incident became notorious even in a week of anarchic violence, with beatings and humiliation, threats of execution to elicit confessions, and three young black men left dead.

Boal has said that Reed served as his muse, but the singer’s epilogue lacks the intended poignancy. Most of the scenes after police left the Algiers could have been summed up in a coda, with gut punches of information detailing the mounting injustice. This would cut quietly heartbreaking moments like the uncredited Jennifer Ehle as a coroner who comforts a disbelieving father (Gbenga Akinnagbe) with meticulous compassion. But Bigelow offers nothing compelling to the aftermath of inexplicable violence; her forte is placing audiences in its frenzied core. 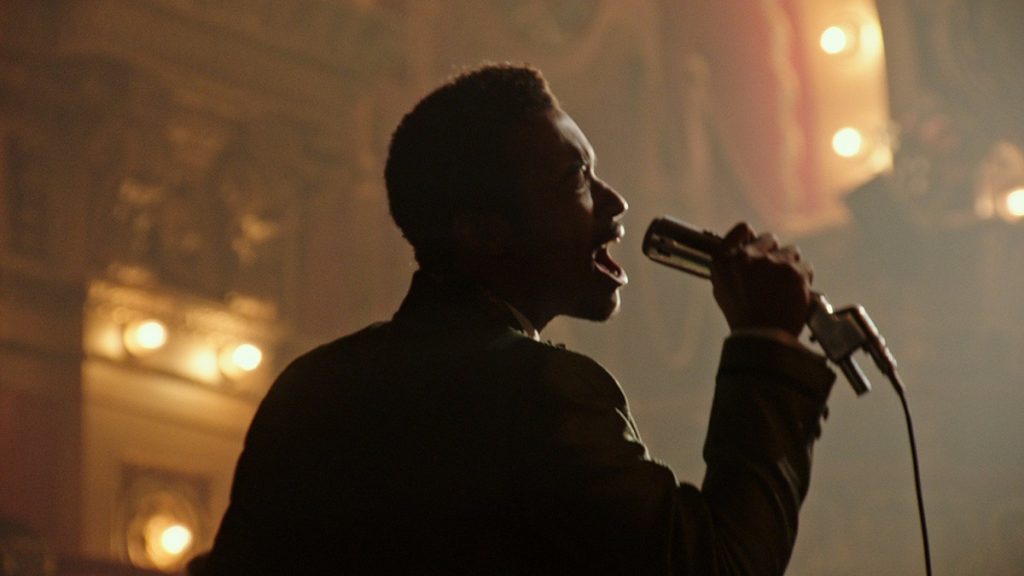 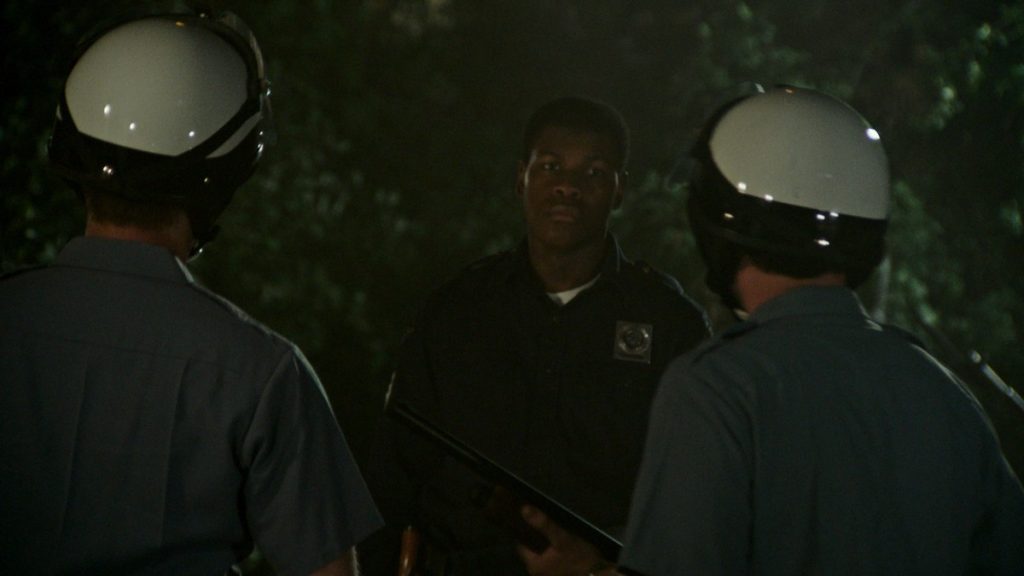 Detroiters will note the lack of location shooting (owing to the demise of Michigan’s film tax credit program), whereby even the magnificent Fox Theatre, home of numerous Motown Revues and the film’s local premiere, has an inadequate Massachusetts stand-in. But what’s most interesting to anyone familiar with the case is how Boal and Bigelow seek to rehabilitate the reputation of Melvin Dismukes, a black security guard who was believed to be complicit with the police and charged with assault. Dismukes was one of Boal’s key interview subjects (along with Reed and Hysell), and a stalwart John Boyega portrays him as a pillar of decency, a protector of black lives who understood the demands of white authority, but is still astounded by the perniciousness of racism.

The filmmakers are better at presenting the events of July 1967 than explaining them. Among the missed opportunities is using Motown songs as comforting nostalgia instead of counterpoint to the action: the music’s promise of cultural integration butting up against the social realities of the city where they were produced. Fifty years later, Detroit still feels the reverberations of that week, when the city’s future shifted. Detroit is only the beginning of understanding why.

Review by Serena Donadoni
Released on July 28, 2017 by Annapurna Pictures
First published in the Metro Times, 2017.