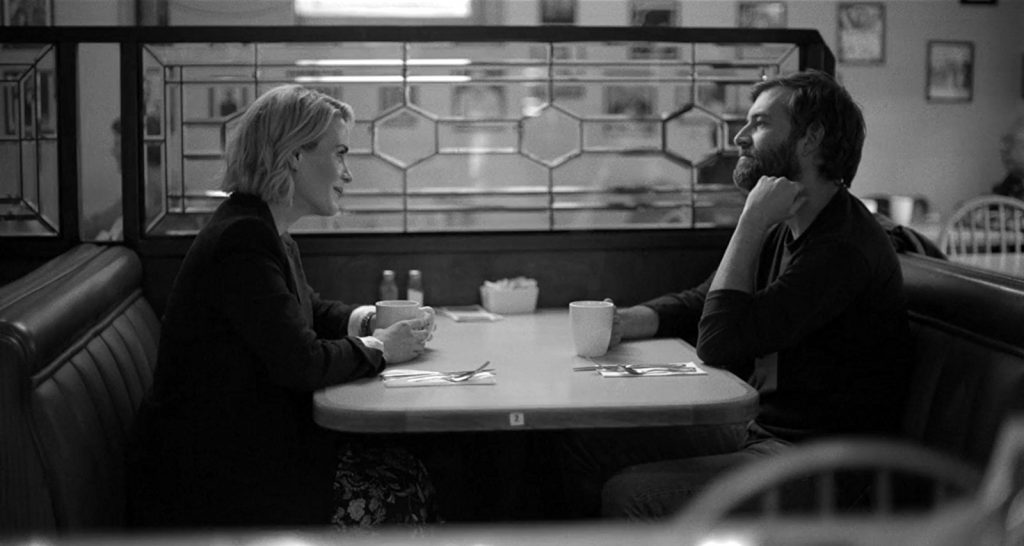 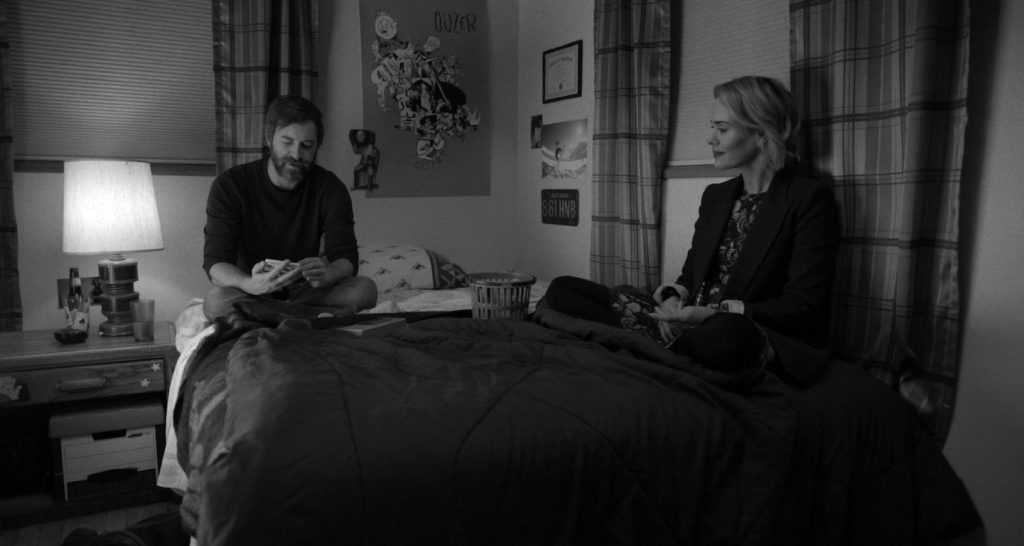 When they find themselves in the same aisle of their hometown supermarket, each initially tries to ignore the other. Lehmann keeps his camera on Paulson, who hesitates and fidgets, small gestures that convey her distress and decision-making. Amanda then greets Jim with a warm smile that Paulson infuses with politeness and curiosity. Jim’s expression couldn’t be more pained if he’d been blindsided by a grocery cart.

Duplass is both producer (it’s the first of four movies Mark and brother Jay are producing for Netflix, which will stream Blue Jay later this year) and screenwriter, and his pared-down dialogue shifts from the general inquiries of long-estranged lovers to the specifics of their relationship. It’s the antithesis of the Before Sunrise model, where Julie Delpy and Ethan Hawke barrage each other with conversation. Paulson and Duplass slowly release the tension of their initial meeting and fall into a familiar physicality, allowing Amanda and Jim to revisit the devoted adolescents who believed they’d grow old together. They glide along on nostalgia before hitting the third rail of their breakup.

Lehmann shot Blue Jay in a gorgeous black-and-white that looks like silver gelatin prints (a photographic process that captures boundless gradations of gray), which complements the story’s heartfelt simplicity. Even after twenty years apart, Amanda and Jim can ask each other the questions no one else would dare to, and understand the answers that go beyond words.

Review by Serena Donadoni
Released on October 7, 2016 by The Orchard
First published in The Village Voice, 2016.

Blue Jay is available on Netflix