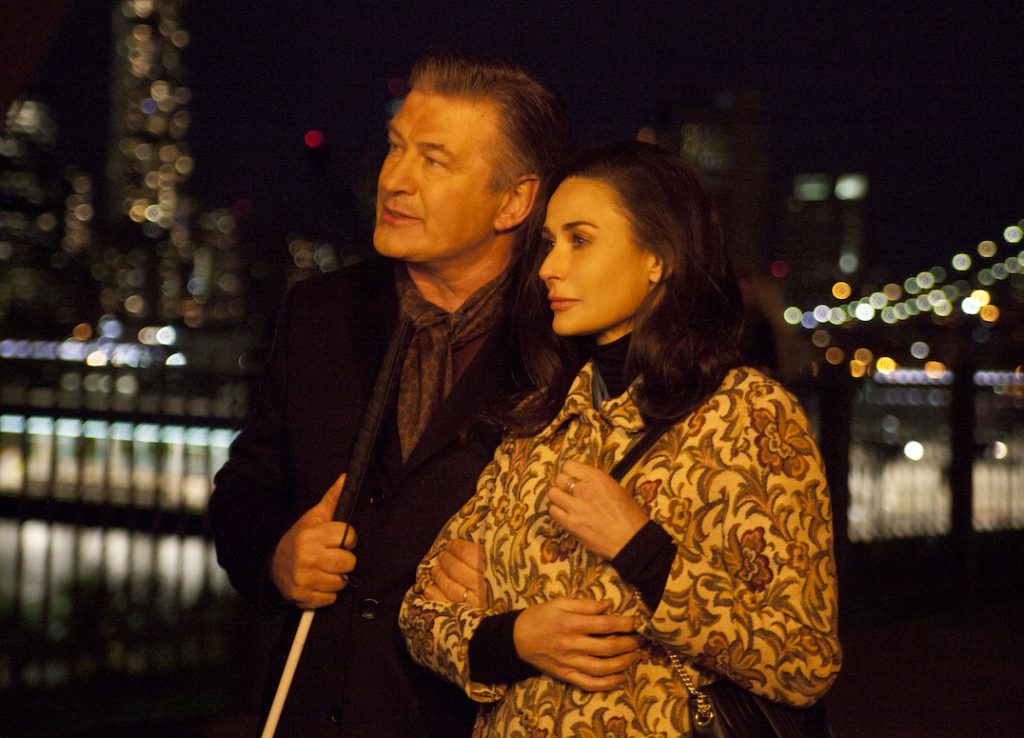 There are shades of their powerful and ambitious 1990s characters in the paint-by-numbers indie film Blind, with Moore giving Suzanne Dutchman, the toned and taut wife of an indicted Wall Street shark (Dylan McDermott), some much needed resolve, and Baldwin lending his booming authority to Bill Oakland, an embittered novelist blinded in a car accident.

In his first feature, director Michael Mailer effectively shows how easily even influential and accomplished people can become isolated, but there’s little in the screenplay by John Buffalo Mailer to indicate that either of these two has the capacity to change, even when ignited by unexpected passion. (There are hints of the filmmakers’ father Norman Mailer in Oakland’s prose and his aggressive intelligence.) An experienced indie producer, Michael Mailer makes excellent use of locations, using the Dutchmans’ Manhattan penthouse and Oakland’s Brooklyn brownstone as representations of their inner lives.

The script alludes to what Suzanne sacrificed to be a supportive spouse and reveals how Bill’s guilt contributes to his churlishness, but it’s old-fashioned star power that makes these older and (getting) wiser characters credible. Moore’s and Baldwin’s forceful personalities power their performances, and these evenly matched partners have now invigorated both a convoluted thriller (The Juror) and a predictable romance (Blind).

Review by Serena Donadoni
Released on July 14, 2017 by Vertical Entertainment
First published in The Village Voice, 2017.