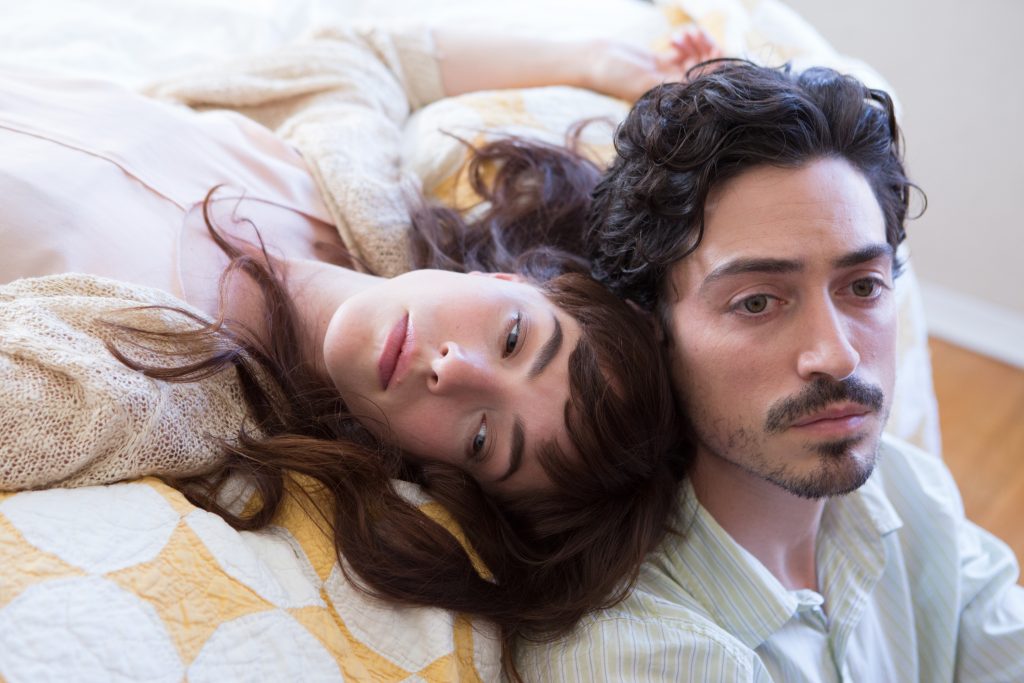 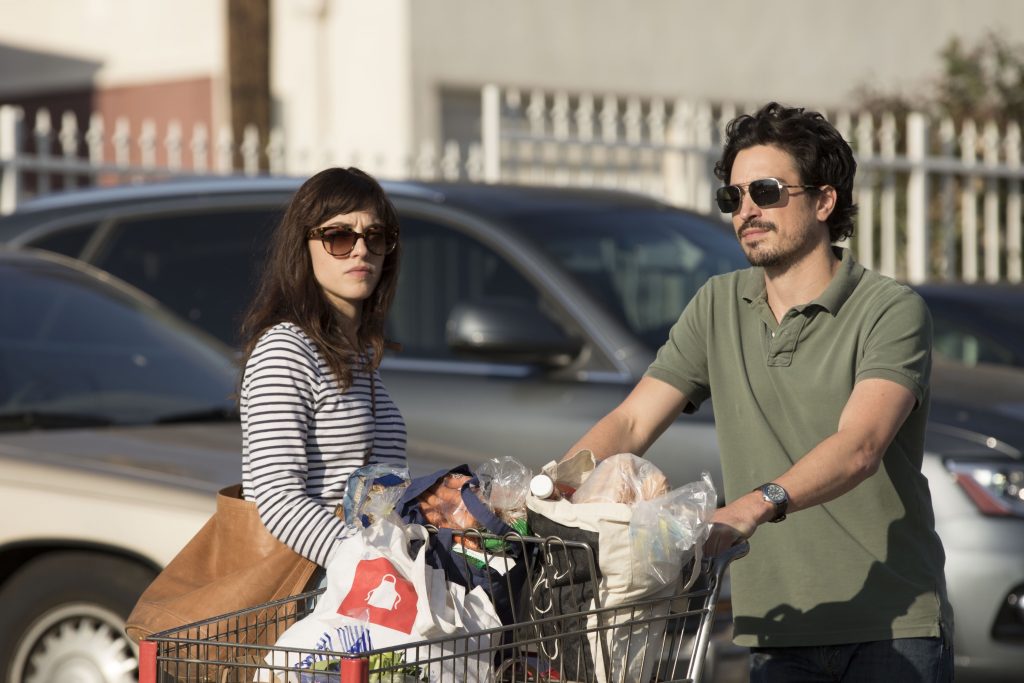 In the trying relationship drama Between Us, a thirtysomething couple addresses commitment pressures with a childish display: a discussion about marriage builds to frenzied chanting and flailing dancing that dissolves into exhausted giggles. Writer/director Rafael Palacio Illingworth (Macho) presents the us-against-the-world tantrum as cheeky defiance, but the exuberance of Dianne (Olivia Thirlby) and Henry (Ben Feldman) masks panic. After six years, they’re wondering why they’re still together, and Illingworth is a poor advocate for the union. Their arguments and discussions, along with voiceover monologues of each dissecting the other’s personality, reveal frustration and disillusionment but ignore an imbalance.

The relationship is built upon Henry’s vision of himself as an artist: nonconformist, unsentimental, seemingly indecisive but always self-assured. Illingworth gently pokes fun at Henry’s pretensions as an indie filmmaker while indulging his manipulative tendencies, such as using a boyish hesitancy to coax Dianne into adopting his point of view. Dianne may get equal screen time, but she’s a supporting character. A successful creative, Dianne takes the subservient role of admirer with creators like Henry or the performance artist (Adam Goldberg) she meets after a bitter quarrel sends the fragile couple looking for other company. (Of course, Henry gets a devoted fan, Analeigh Tipton’s seductive musician.)

Illingworth aims to capture a vital relationship at a crucial turning point, but Between Us (aka The Force) fails because Dianne is half-formed. She’s just another projection of male desire and fear, easily led and passive-aggressive, everything but a woman who knows her own mind.

Review by Serena Donadoni
Released on January 6, 2017 by IFC Films
First published in The Village Voice, 2017.

Between Us is available on Netflix