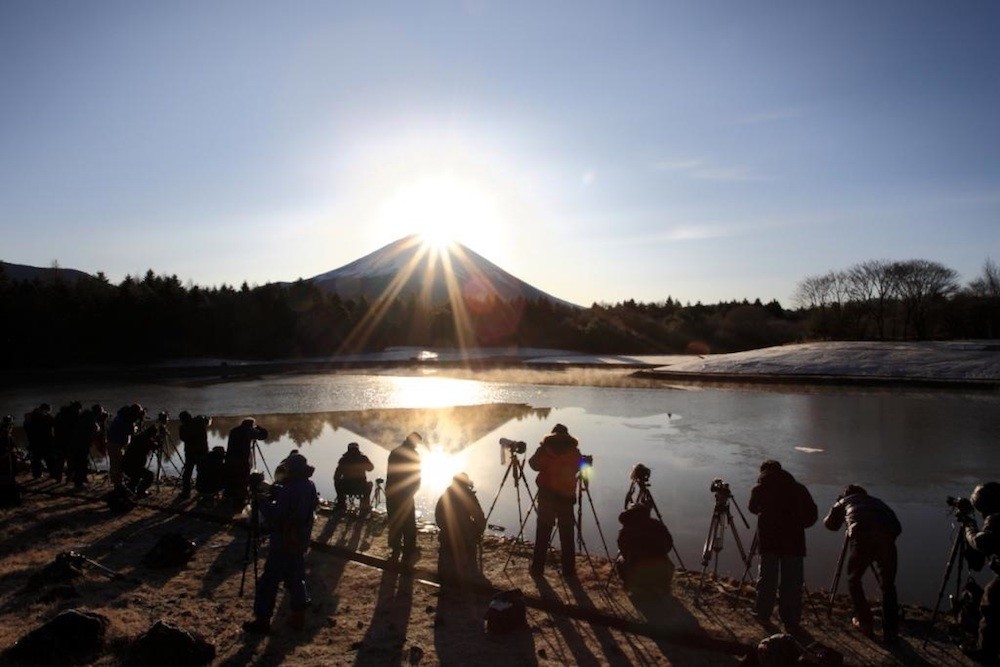 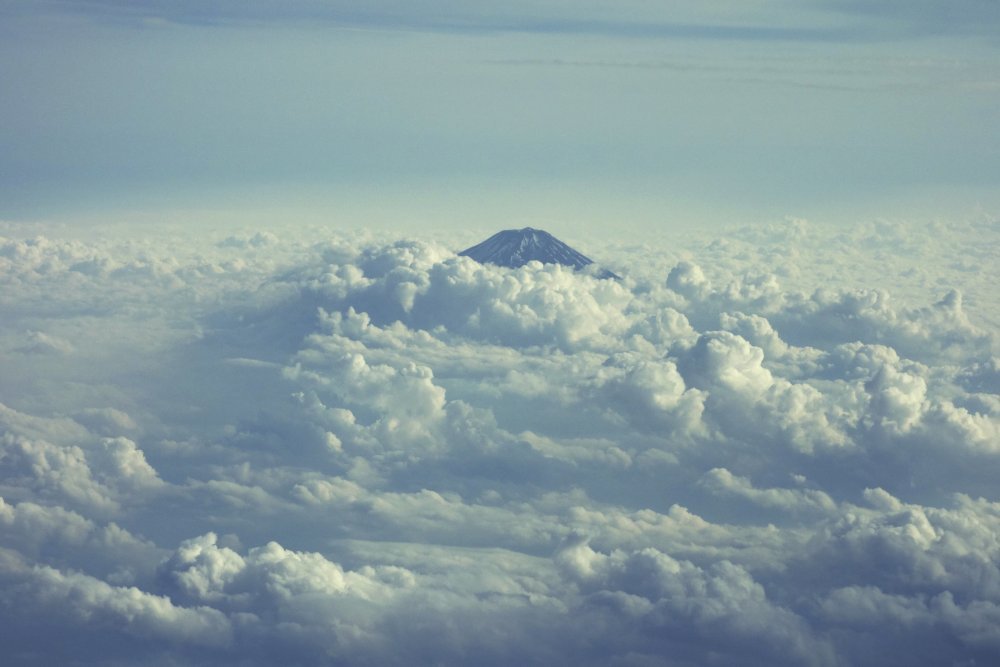 In Fiona Tan’s glorious ode to a Japanese volcano, Mount Fuji is both geological marvel and malleable symbol, its solidity and grandeur inspiring conquest and contemplation. Fuji stands as one of the world’s great backdrops, appearing in countless snapshots (and studio portraits) from the introduction of photography in the late nineteenth century and reaching omnipresence in our record-everything age of digital cameras and phones.

Tan digs into the great archive of Fuji images to build Ascent, which consists only of photographs, voiceovers, and sound effects. Tan (History’s Future) anchors the non-narrative film with the voice of Mary grieving for her deceased lover, Hiroshi. Mary’s reveries reveal that the gulf between them is cultural (Tan’s crisp English and the character’s anthropological approach to Japan identify her as a Westerner) as well as aesthetic: she’s a writer and translator who processes the world through words; he’s a photographer who understands the language of what he sees.

The voice of Hiroshi (Hiroki Hasegawa) contrasts Mary’s ruminations with a first-person account of climbing Mount Fuji, a documentary section that’s especially enhanced by Hugo Dijkstal’s sound design. Tan wanders through many genres in the eighty-minute Ascent, but she balances flights of fancy (fables and film theory) with grounded observations (Fuji as World War II propaganda). More than a narrated slideshow, this portrait of a mountain offers a way of seeing something immense through fragments, the captured experience of walking its surface or seeing the snow-capped peak in the distance equally awesome.

Review by Serena Donadoni
Released on June 7, 2017 by Antithesis Films
First published in The Village Voice, 2017.