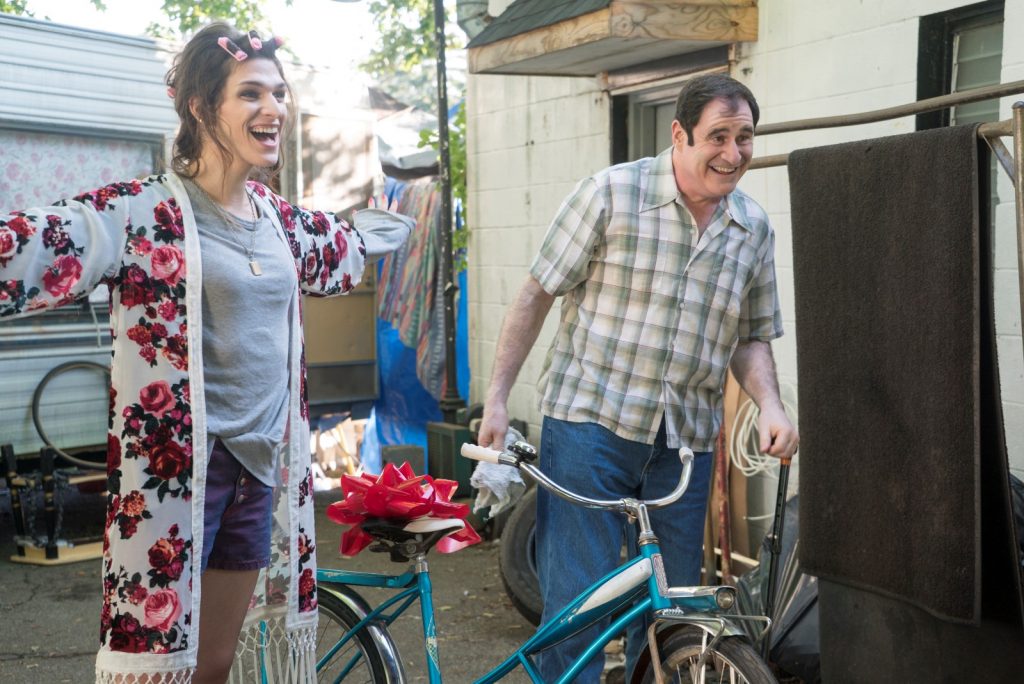 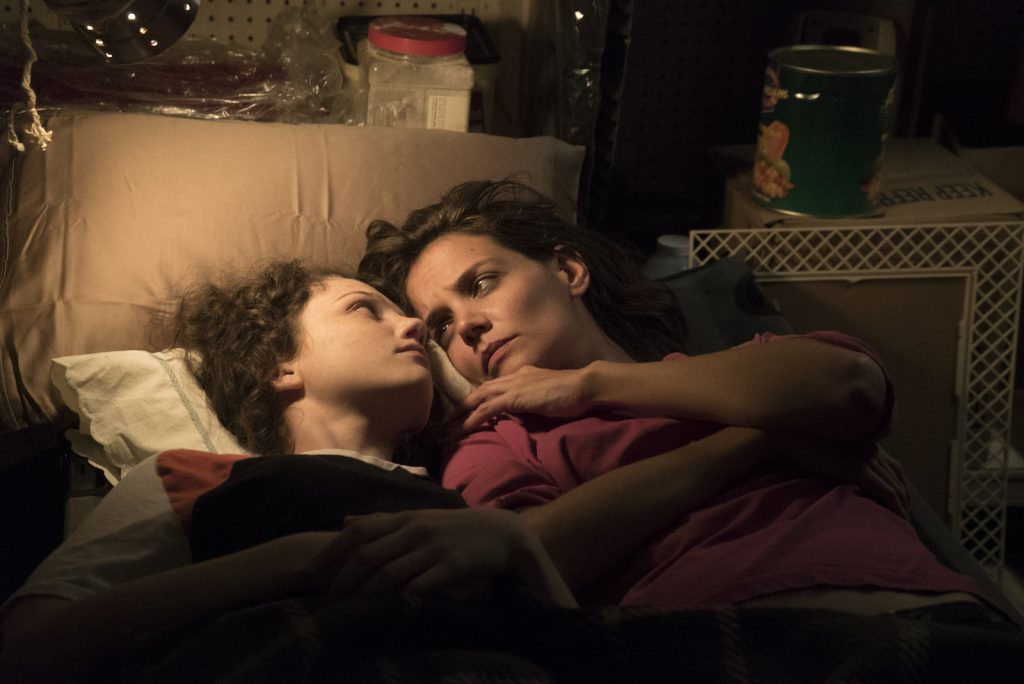 Katie Holmes’ directorial debut, All We Had, could be called It’s Going to Be Okay, the mantra of its downtrodden but resilient characters. Screenwriters Jill Killington and Josh Boone (Stuck in Love) extract a hopeful, we’re-all-in-this-together storyline from Annie Weatherwax’s first novel, which details the struggles of the working poor during the 2008 housing collapse. Holmes uses this economic instability as the backdrop for a comforting mother-daughter drama about the benefits of interdependency.

Bright, precocious teenager Ruthie Carmichael (Stefania Owen) instinctively knows when to prompt mercurial mom Rita (Holmes) to leave her latest predatory boyfriend. The pair views each escape as a new beginning, reassuring Ruthie that despite her mother’s drinking and erratic behavior, Rita values her daughter above all else. Stranded in upstate New York, they experience the kindness of strangers: diner owner Marty (Richard Kind) offers a job and makeshift home, and his transgender niece Pam (Eve Lindley) becomes a supportive co-worker and friend. Compassionate neighbors try to provide a safety net, even as the bottom falls out.

Ruthie’s voiceover fills in some narrative gaps, but the film’s haphazard episodic structure never coheres. Powerful one-on-one conversations and Holmes’ unvarnished performance (especially quiet moments when uncertainty and fear wash over Rita’s face) anchor what is slowly revealed as a wish-fulfillment fantasy dressed as gritty realism. Holmes focuses on the maturation of both Ruthie and Rita, each of whom realizes she needs to break destructive habits, while never addressing how an obsessive reliance on each other stunts their growth.

Review by Serena Donadoni
Released on December 9, 2016 by Gravitas Ventures
First published in The Village Voice, 2016.