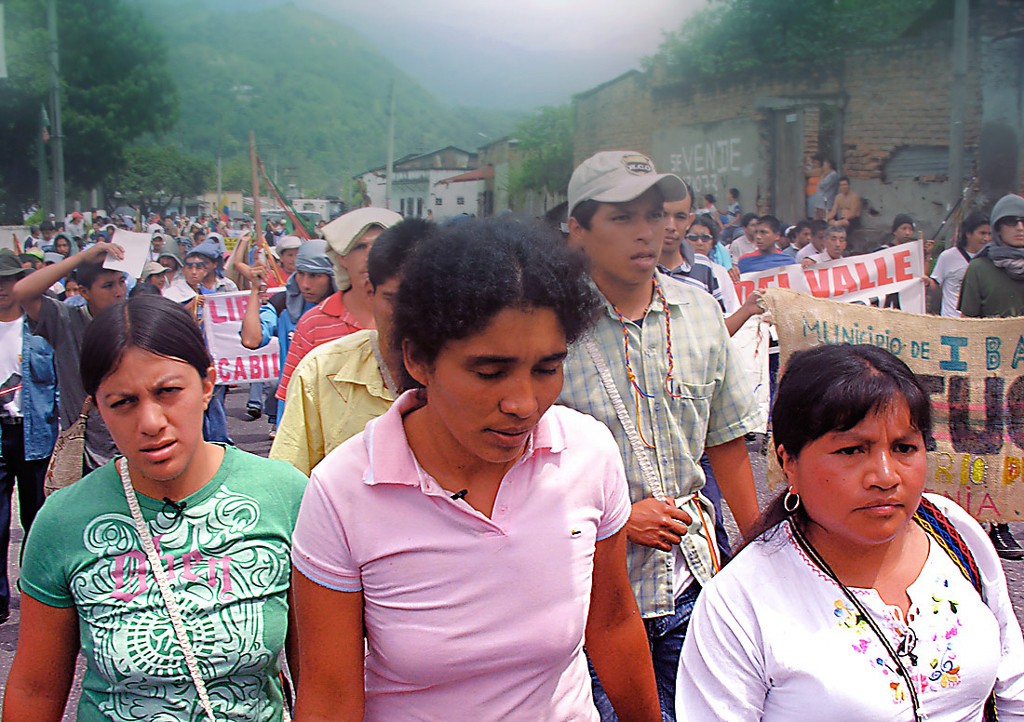 The three indigenous women profiled in Nicole Karsin’s documentary deal with pressing problems by taking the long view. Colombia’s 102 tribes have worked to maintain their native cultures for five centuries, and that determination is ingrained in Flor Ilva Trochez, Doris Puchana and Ludis Rodriguez, who organize and rally their communities to confront ongoing violence. Karsin concisely recounts the recent history (political infighting, the war on drugs) that has turned Colombian villages into battle zones between government armed forces and FARC guerrillas. She’s less clear on the role of lethal paramilitary groups, but Karsin’s main focus is on the indigenous communities caught in the middle. By following Flor Ilva, Doris and Ludis, We Women Warriors explores nonviolent organizations like the Indigenous Guard, frustrated and desperate coca growers, and the insidious secret lists that result in imprisonment and assassination. But it’s the intimate moments that have the most impact. From a candlelit baptism and a child gleefully bouncing on her bed to a hillside interview interrupted by armed soldiers, Nicole Karsin deftly makes her point. These mothers, activists, and leaders are always mindful of men with guns.