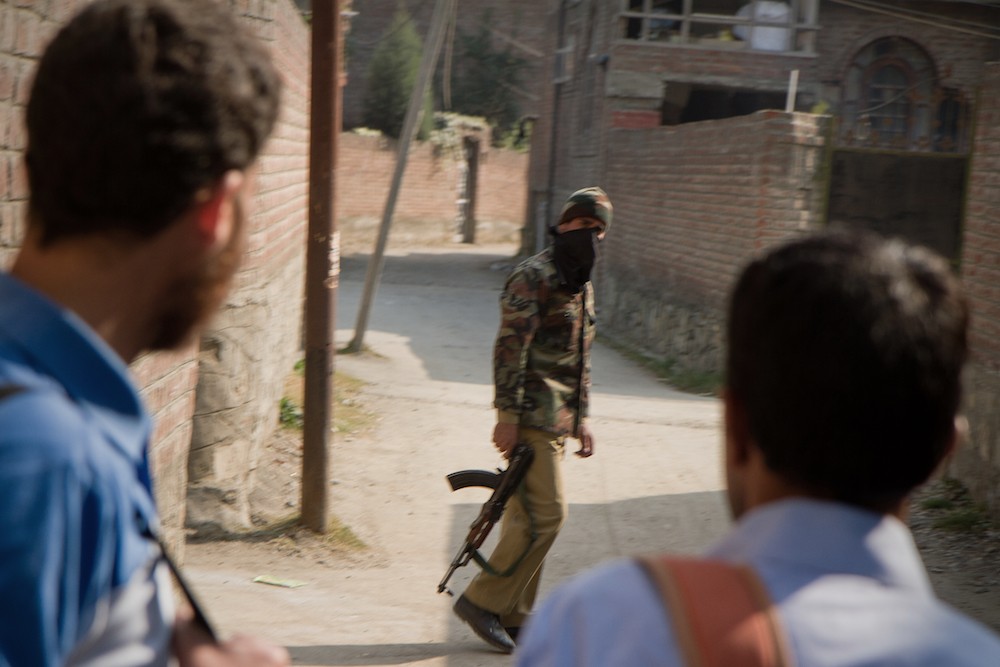 The calm surface of Dal Lake hides a multitude of sins in the exquisite Valley of Saints, and director Musa Syeed captures its tranquil beauty amid the chaos of Kashmir. Boatman Gulzar (Gulzar Ahmed Bhat) has come to view the lake as a stagnant place, with few opportunities beyond ferrying tourists around in a shikara. He’d planned to leave quietly for Delhi with best friend Afzal (Mohammed Afzal Sofi) when political protests trigger a military curfew in Srinagar. For a week, there’s no commerce or transportation – except on the lake, where Gulzar finds himself unmoored from routine.

Checking on a luxury houseboat for an owner trapped inland, he meets Asifa (Neelofar Hamid), a Kashmiri from an American university who’s documenting the environmental devastation of Dal Lake. Interactions between the timid Gulzar, unnerving Asifa, and loutish Afzal expose their divisions (class, gender, education, emigration). But this interlude allows Gulzar to question loyalties, contemplate romance, and appreciate his connection to the liquid landscape he glides through with confidence and ease.

Valley of Saints is a marvel of neorealism, with nonprofessional actors facing the same hurdles as their characters and writer/director Syeed improvising in shifting circumstances. (It’s a shame that it’s taken three years to arrive in U.S. theaters after winning the World Cinema Audience Award and the Sloan Foundation Prize at the 2012 Sundance Film Festival.) Syeed’s shoot was affected by the presence of military troops (and a real curfew), but he doesn’t delve into politics. His lovely, tender debut stays focused on Dal Lake, where Yoni Brook’s sumptuous Independent Spirit Award-nominated cinematography uses a rich color palette to convey the delicacy and hardiness of an ecosystem intertwined with the lives of its resilient inhabitants.

Review by Serena Donadoni
Released on January 9, 2015 by Paladin and 108 Media
First published in The Village Voice, 2015.