The Worst Year of My Life 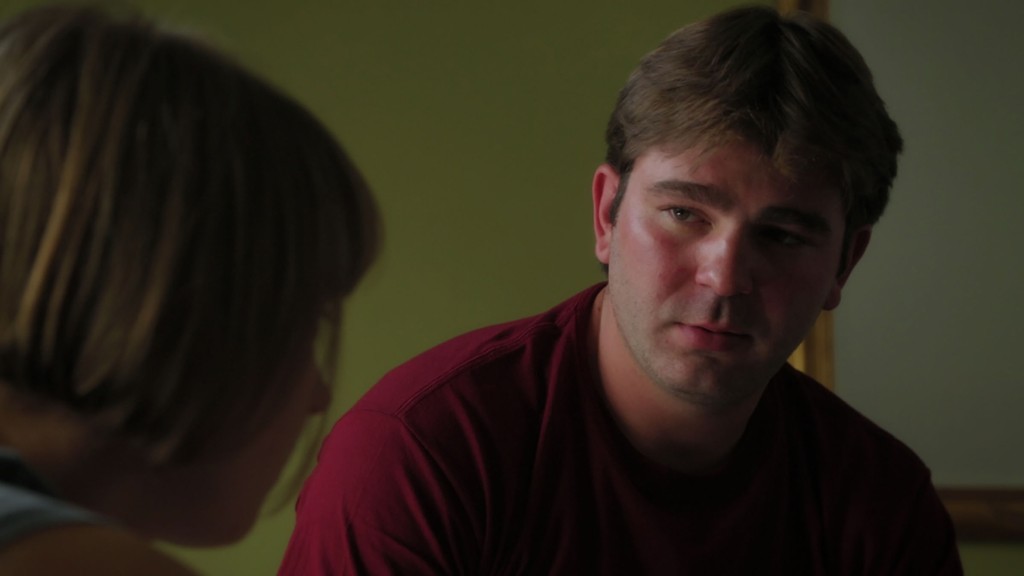 In a brisk 15-minute sequence, writer/director Jonathan Smith sums up the three-year romance of Kyle (Trevor St. John David) and Amber (Amy Vorpahl) as a series of blissful milestones marred only by her career dissatisfaction. Kyle’s solution is to bankroll Amber’s vegan bakery, even though he suspects she lacks business acumen. After the one-two punch of unemployment (his) and infidelity (hers), Smith slows down The Worst Year of My Life to the deliberate pace of Kyle’s therapy sessions with Jennifer (Cate Beehan).

Kyle initially finds it difficult to talk about himself, and the discussions revolve around Amber’s inscrutable actions. Smith enlivens these office visits with scenes that place calmly observant Jennifer into the heated situations Kyle is describing, or visualizing the budding stand-up’s fantasies of his ex as a boxer or Dating Game contestant. But during their most intense encounters, when Jennifer points out the misogyny creeping into Kyle’s angry assessments, Smith stays focused on Beehan and David as they methodically dig into layers of guilt and disappointment.

Smith, who also edited The Worst Year of My Life, loses a few continuity threads while trying to tie up loose ends. Nevertheless, there’s an honest messiness to the dissolution of Kyle and Amber’s relationship, with its emotional manipulation and financial distress. Kyle’s pain isn’t diminished when he realizes that Amber’s perceived villainy is actually carelessness, but that allows him to see women as imperfect without demonizing them – the unintended and valuable gift of his heartbreak.