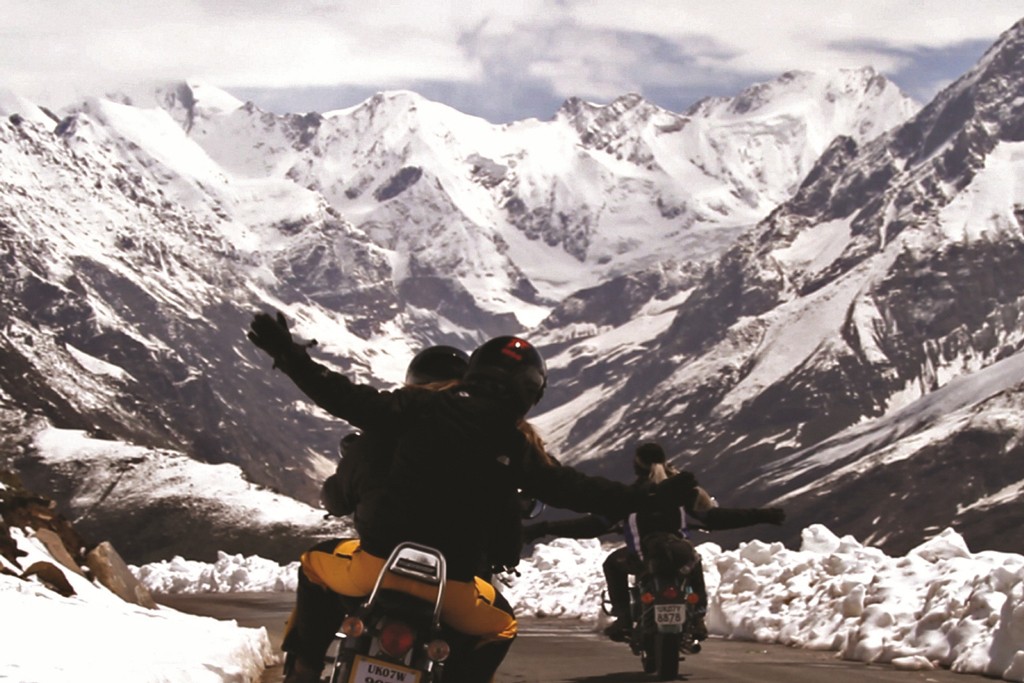 The Highest Pass, which follows a group of motorcycle riders on a spiritual adventure into the Himalayas, feels like a recruitment film for enlightenment. Bikers mount their Royal Enfields, traverse the anarchic traffic of India, and head for the road less traveled: a narrow, serpentine path carved into the mountains that reaches 18,000 feet. Director Jon Fitzgerald (a founder of Slamdance and film festival veteran) captures the grueling physical odyssey, but he’s always conscious of each rider’s inner journey. The young, charismatic guru Anand Mehrotra leads them from the birthplace of yoga to remote Buddhist temples, and recommends pushing their boundaries and embracing the divine as they face altitude sickness and possible avalanches. Writer and co-producer Adam Schomer is Anand’s most earnest disciple, getting on a motorcycle only weeks before their transcendental road trip. Whether you see Adam’s leap of faith as foolhardy or audacious will determine your willingness to ride along with him.