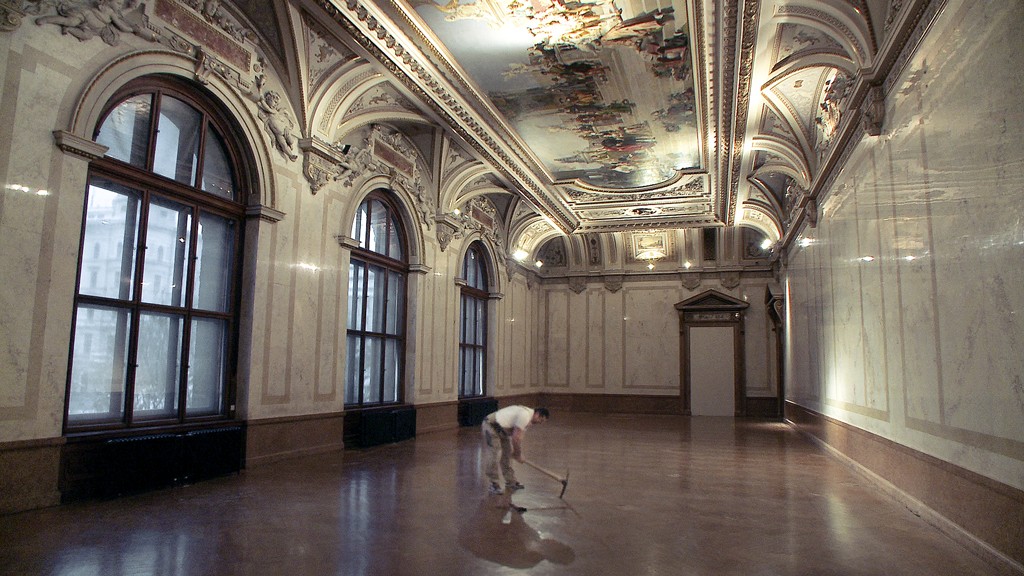 Nothing seems hurried in The Great Museum, but there’s a momentum to the hushed activity it captures at the Kunsthistorisches Museum in Vienna. During the two years director Johannes Holzhausen spent shooting this elegant observational documentary, both the Picture Gallery and the Kunstkammer, home to the sculpture and decorative arts collection, were being renovated. The venerable institution was also rebranding to present its old-world image in a new light.

Holzhausen has a keen eye, framing scenes with classical compositions that celebrate the museum’s glorious architecture and vaunted history while pinpointing the people who keep the Kunsthistorisches humming today. There’s a lovely long shot of an empty gallery whose soaring ceiling is covered in frescoes, then the shock of a construction worker casually taking a pickax to its parquet floor. Unexpected humor arises as staff members navigate the majestic structure, such as the employee who hops onto a Razor scooter and skates through room after room of the massive library, the camera gliding along behind him.

Without narration or identifiers (the participants aren’t named until the end credits), Holzhausen relies on unobtrusive, insightful camerawork from Joerg Burger and Attila Boa as well as Dieter Pichler’s astute editing. For an engaging 94 minutes, The Great Museum drifts through Kunsthistorisches archives and conservation labs, observes administrative meetings and royal visits, and details the painstaking arrangement of the collection by curators rewriting its narrative. Holzhausen is respectful but not reverential, portraying the museum as a living thing that’s being cared for with meticulous diligence.

Review by Serena Donadoni
Released on April 24, 2015 by Kino Lorber
First published in The Village Voice, 2015.