The Girl with the Dragon Tattoo

Stieg Larsson’s intricate mystery The Girl With the Dragon Tattoo is a page-turner, and the Swedish filmmakers who adapted the first book of his Millennium trilogy capture that feeling of constant forward motion in a lengthy, engrossing thriller, rearranging some of the ornate plotting while retaining much that made it a surprise international bestseller. This streamlined genre film directed by Niels Arden Oplev is dark enough to captivate Larsson’s readers, even as screenwriters Rasmus Heisterberg and Nikolaj Arcel turn major players into walk-on roles.

The focus is squarely on the odd couple of disgraced muckraking journalist Mikael Blomkvist (Michael Nyqvist) and Lisbeth Salander (Noomi Rapace), investigator, hacker, and avenger. The Swedish title of Larsson’s book (and this movie), Män som hatar kvinnor or Men Who Hate Women, addresses the violent misogyny of the story, especially what’s hurled at Lisbeth, a waifish, antisocial, defiant 24-year-old with a goth wardrobe, multiple piercings, and a dragon tattoo cloaking her narrow back. Her short life has included too many encounters with sadistic men, and she has very little capacity for emotional attachments.

Blomkvist is a man who loves women: he becomes sexually involved with three women during the course of Larsson’s novel, in addition to a longstanding liaison with the married publisher of Millennium magazine. Michael Nyqvist isn’t quite a Nordic Casanova (he was a drunken spouse in 2000’s Together), but there’s a bruised optimism to him, and a weary resilience. He seems doughy and malleable compared to the lithe ferocity of Lisbeth, but when it comes to digging up the truth, he’s just as tenacious. These strange birds fly under the radar, using low expectations to their advantage, and become a formidable investigative team. 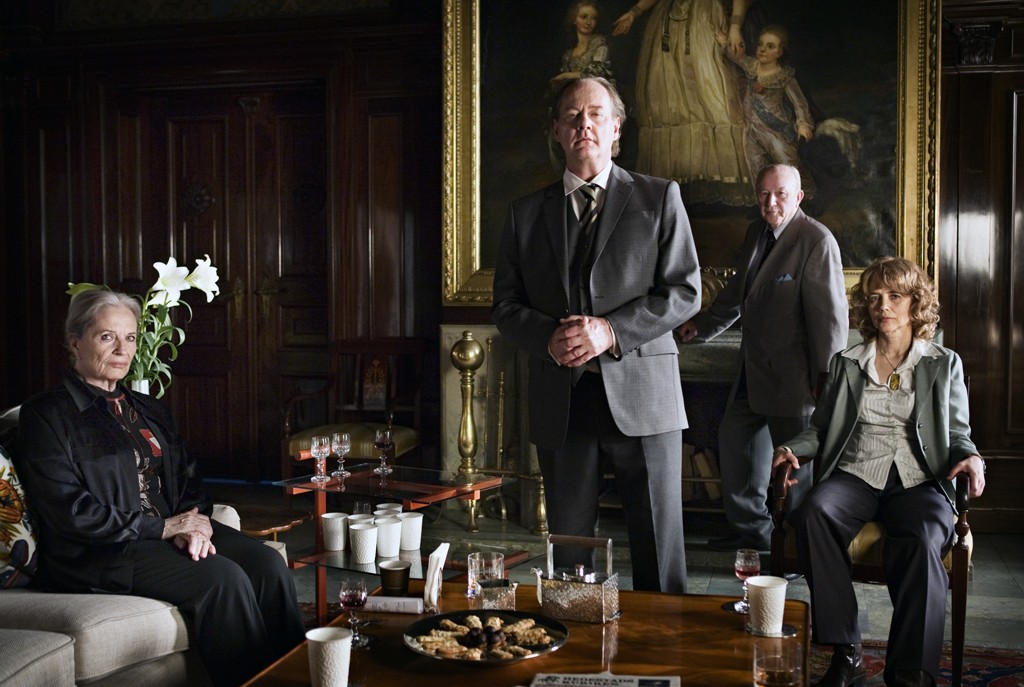 After being convicted of libel, Mikael Blomkvist cuts himself loose from the staff of Millennium, and receives a job offer far removed from Stockholm. Retired industrialist Henrik Vanger (Sven-Bertil Taube) wants him to look into the 1966 disappearance of his niece Harriet from the family’s estate, located in isolated splendor on one of Sweden’s many ruggedly beautiful islands. So Blomkvist heads to Hedeby in mid-winter, treating his stay as part retreat, part penance. After four decades of dead ends, his research starts shaking the corrupt Vanger family tree.

At Milton Security, Salander has been investigating Blomkvist on behalf of Henrik Vanger’s attorney, and curiosity has gotten the better of her. She believes the outspoken journalist was very neatly set up, and continues snooping into his computer long after her official involvement is over. When she spies his work on the Harriet Vanger case, her own problem solving instinct kicks in, and she makes contact. Distrustful as she is of authority figures, Lisbeth is disarmed by his casual, accepting attitude. She quickly learns when she can push, and when to retreat, as they piece together information about a series of ritualistic murders unearthed by Harriet.

Larsson’s book is very internal, detailing the minutiae of their investigative process and the quirks of Blomkvist and Salander, but Danish director Oplev (Portland, Drømmen) uses locations to build the narrative. He turns lovely widescreen exteriors of the Swedish countryside into suffocating scenes of menace, especially when Mikael and Lisbeth take a roadtrip to reconstruct clues left by the precocious missing girl. Entering an innocuous-looking derelict barn where a mutilated women was found decades ago, Oplev has them confront the body as if it happened just moments before, never hesitating to cut straight to the underlying brutality. 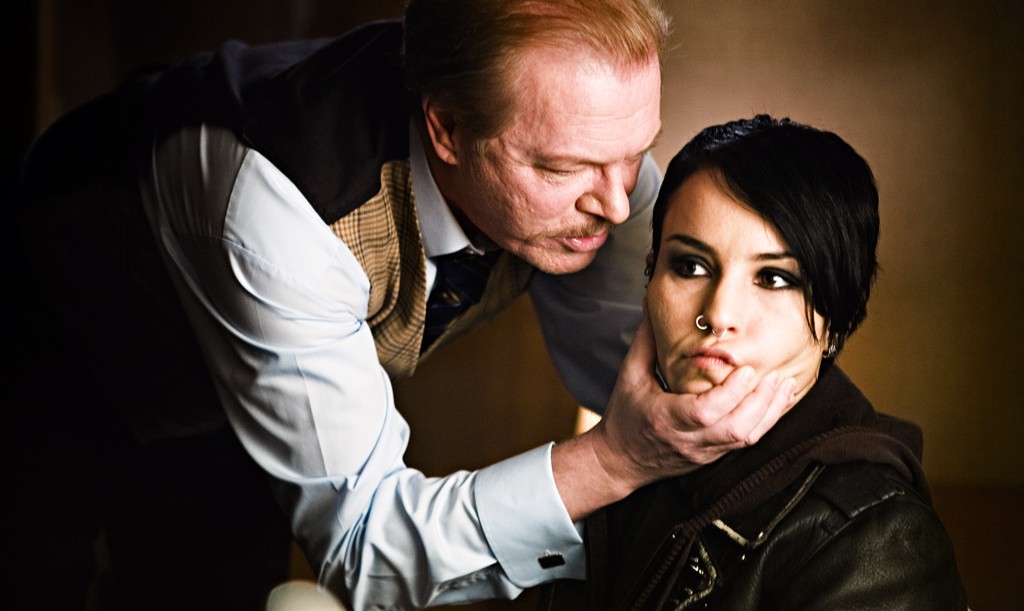 Which means Oplev doesn’t shy away from vicious rape Lisbeth Salander suffers at the hands of her government guardian, Nils Bjurman (Peter Andersson), or the retribution she coolly deals out to this loathsome advocate. (Why she’s in need of supervision is detailed in Larsson’s second book, The Girl Who Played With Fire, a bit of which is foreshadowed by Oplev in recurring flashback sequences.) Salander doesn’t subscribe to the psychology of victimhood – or much introspection at all – and she prizes actions above words, deeds over intent. Noomi Rapace brings a coiled intensity to the role, wearing her leather jacket like armor, and carefully guarding the chinks.

The late Stieg Larsson was a journalist in the Blomkvist mold, railing against the precipitous decline of his profession. Missing in this adaptation are the inner workings of the left-leaning Millennium, and how Larsson uses Mikael to articulate his impassioned beliefs about professional responsibility. (Every time someone snidely calls him “Kalle Blomkvist,” they refer to the boy detective in novels by Pippi Longstocking author Astrid Lindgren.) The libelous Wenneström Affair merely bookends the movie instead of revealing the veins of corruption Larsson saw in the polished surface of the Swedish media establishment.

It would be great to see more of the wry Dragan Armanskij, Lisbeth Salander’s boss, who realizes what an asset she is to Milton Security, and Millennium co-founder Erika Berger, who functions as Mikael Blomkvist’s nagging conscience, both professionally and personally. But in the lean, mean The Girl With the Dragon Tattoo, the focus is on what the combined talents of Blomkvist and Salander can uncover, not the nuances of their inner lives. Secrets buried this deep need investigators who’ll dig harder than anyone else, and be willing to get dirty in the process.