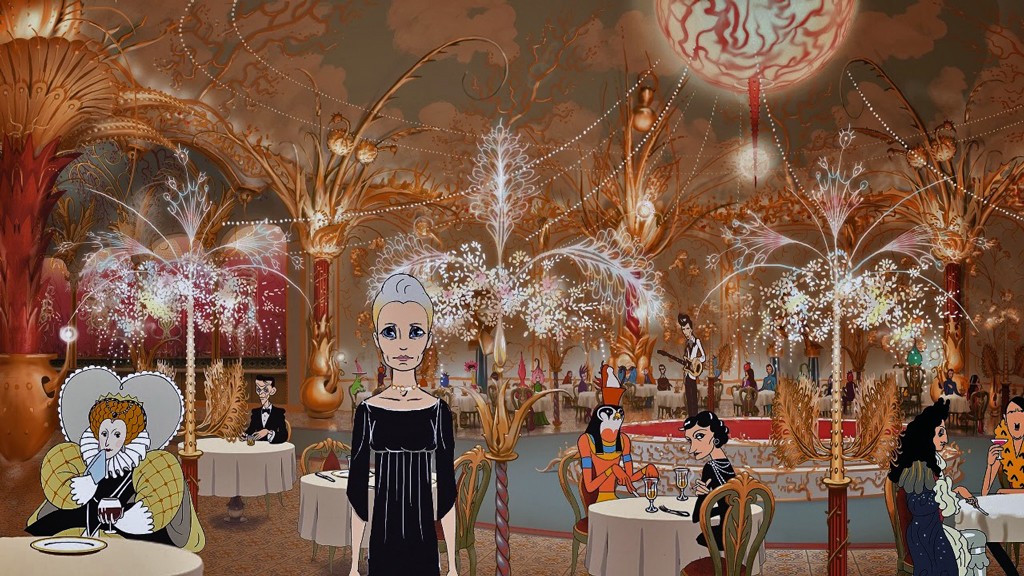 In the strangest case of actors playing a version of themselves since Being John Malkovich, Robin Wright mines her cinematic history for The Congress. Part Hollywood satire, part trippy animation (inspired by Stanislaw Lem’s The Futurological Congress), Ari Folman’s head-spinning rumination questions the hidden cost of immersive escapism. Wright sells her image to a Hollywood studio that easily manipulates the digitized Robin, but The Congress truly goes down the rabbit hole during an animated conference that celebrates the personalization of perception. Folman’s futuristic vision eulogizes precisely the kind of messy and idiosyncratic filmmaking that his overstuffed and intoxicating film exemplifies.

Review by Serena Donadoni
Released on August 29, 2014
First published in the Metro Times.

The Congress is available on Amazon Prime