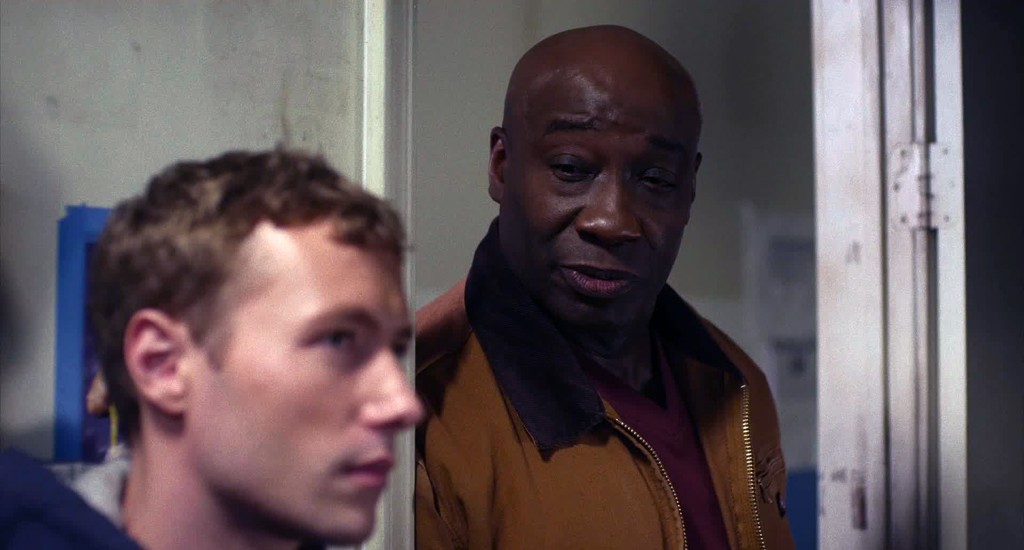 At the risk of mixing sports metaphors, Kent Moran takes a page from Sylvester Stallone’s playbook for his Bronx-set boxing film The Challenger. Moran’s directorial debut is a showcase for the multi-hyphenate, who wrote and stars in this pugilistic tale as well as serving as a producer and editor. But he’s unlikely to skyrocket to fame like Stallone, who as Rocky Balboa demonstrated his physical commitment to a role while still revealing the humor and sensitivity of his down-and-out palooka.

Moran also trained extensively to play Jaden Miller, but he wears his angular James Dean features like a brooding mask, barely registering any emotion throughout the film’s heart-tugging machinations. There’s little veracity to the character, a self-described street brawler who’s obviously never had his nose broken, or to the setting: Moran depicts an eviction notice as a landlord locking his tenant out instead of the start of a legal process.

Raised by the compassionate Jada (S. Epatha Merkerson) and trained by gruff Duane Taylor (Michael Clarke Duncan in his final film), Jaden follows the well-worn path of an underdog boxer fighting his way out of poverty. But the Bronx is simply a backdrop, and Moran never explores how this white kid defined his identity within a black family and a diverse community. Even the gravitas of Merkerson and Duncan can’t save this flimsy construct of boxing-movie clichés. Moran casts himself as a cinematic upstart with The Challenger, but he’s punching above his weight.

Review by Serena Donadoni
Released on September 11, 2015 by Wishing Well Pictures and Freestyle Releasing
First published in The Village Voice, 2015.