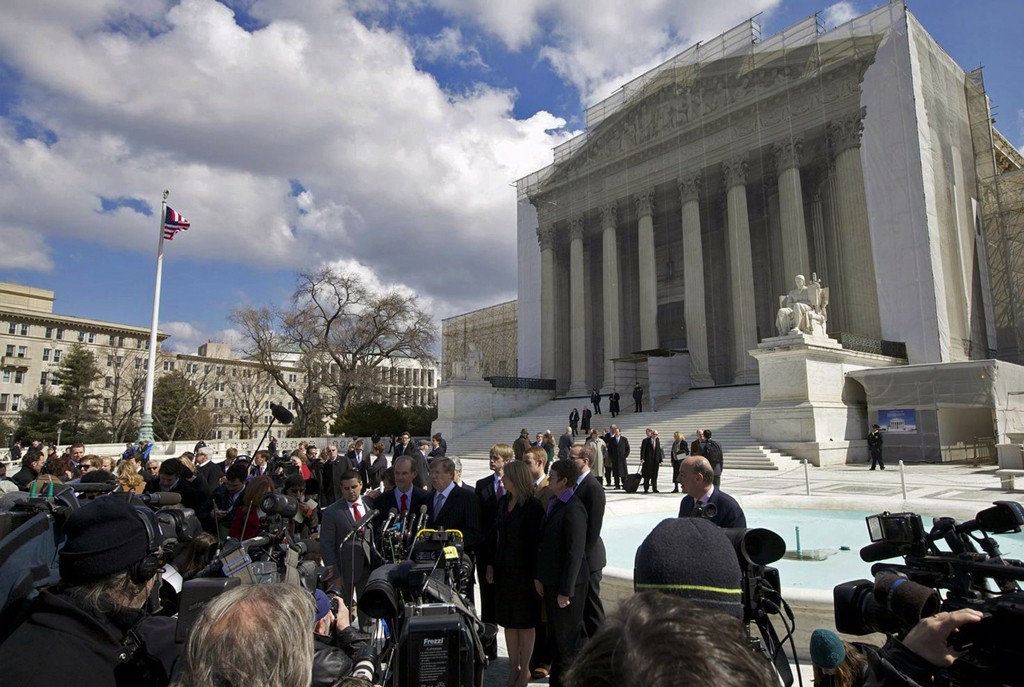 A measured look at a hot-button issue, The Case Against 8 charts the steady legal course taken by proponents of gay marriage. Directors Ben Cotner and Ryan White adopt the calm certainty of Ted Olson, the conservative attorney who teamed up with David Boies (his opposing counsel in the contentious Supreme Court case Bush v. Gore) for the five-year battle to overturn California’s Proposition 8. With a tight focus on the legal process, this documentary smooths over the fiery protests from both left and right. From vetting the plaintiffs to decisive courtroom arguments, making history becomes a rational step-by-step process.

Review by Serena Donadoni
Released on June 6, 2014
First published in the Metro Times.