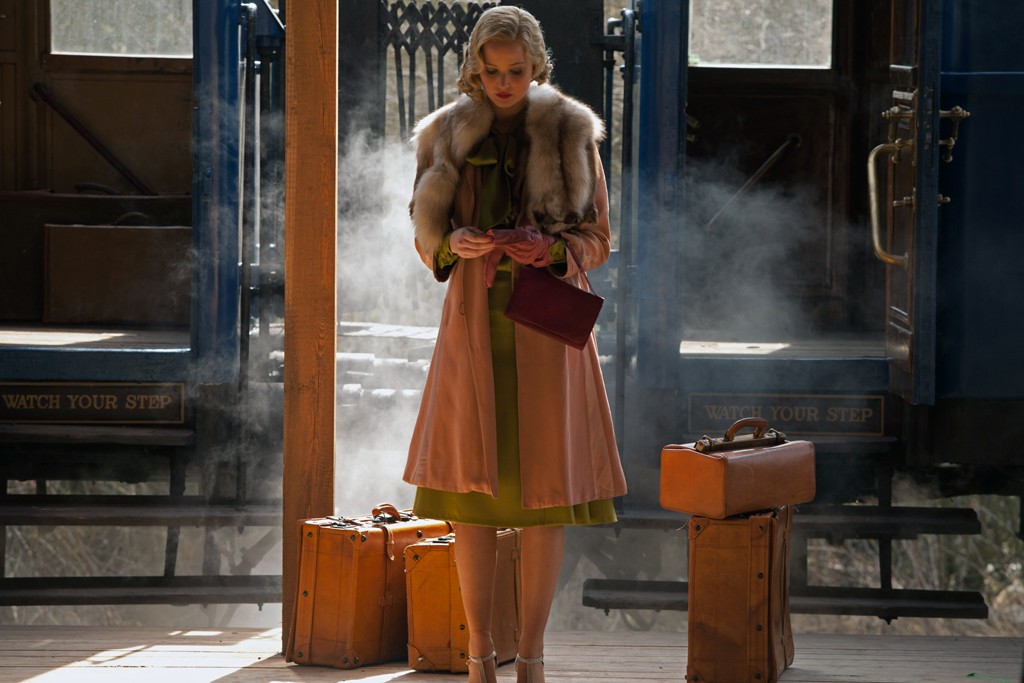 Beware the Serena who is too serene. The title character in novelist Ron Rash’s backwoods gothic is a decisive, collected queen bee, her serene highness of retribution and murder. It’s a great role for the Jennifer Lawrence of Winter’s Bone, whose fierce intelligence, quiet strength, and deep understanding of rural life would make her a formidable lumber baroness. But that’s not the Serena of Susanne Bier’s adaptation – and not the Lawrence who embodies her.

In Rash’s novel, Serena arrives at a North Carolina train station on the way to her husband’s logging camp in an oxford shirt, leather jodhpurs, and boots. Bier introduces Serena to her new home deep in the Smoky Mountains wearing a silk dress, fur-topped cloth coat, and T-strap heels. Lawrence maintains her luxe wardrobe and platinum marcelled curls throughout Serena, whose glorious production design and sumptuous cinematography recreates opulent 1929 America in the Czech Republic. By making Serena ornamental, Bier (In a Better World) diminishes her power, and Lawrence plays her as a petulant Lady Macbeth wannabe. Worse is Bradley Cooper, whose Pemberton comes off like an entitled scion, not a clear-cut timber king.

Screenwriter Christopher Kyle touches on hot-button issues of class conflict, land use, and no-holds-barred capitalism. He also strips Serena of moral ambiguity, turning deeply twisted relationships into a doomed romance where transgressors punish themselves. Cutting Serena down to size doesn’t fully diminish her towering presence; even the makers of this misbegotten adaptation acknowledge that she’s the only one who can determine her fate.

Review by Serena Donadoni
Released on March 27, 2015 by Magnolia Pictures
First published in The Village Voice, 2015.

Serena is available on Netflix.