Room on the Broom 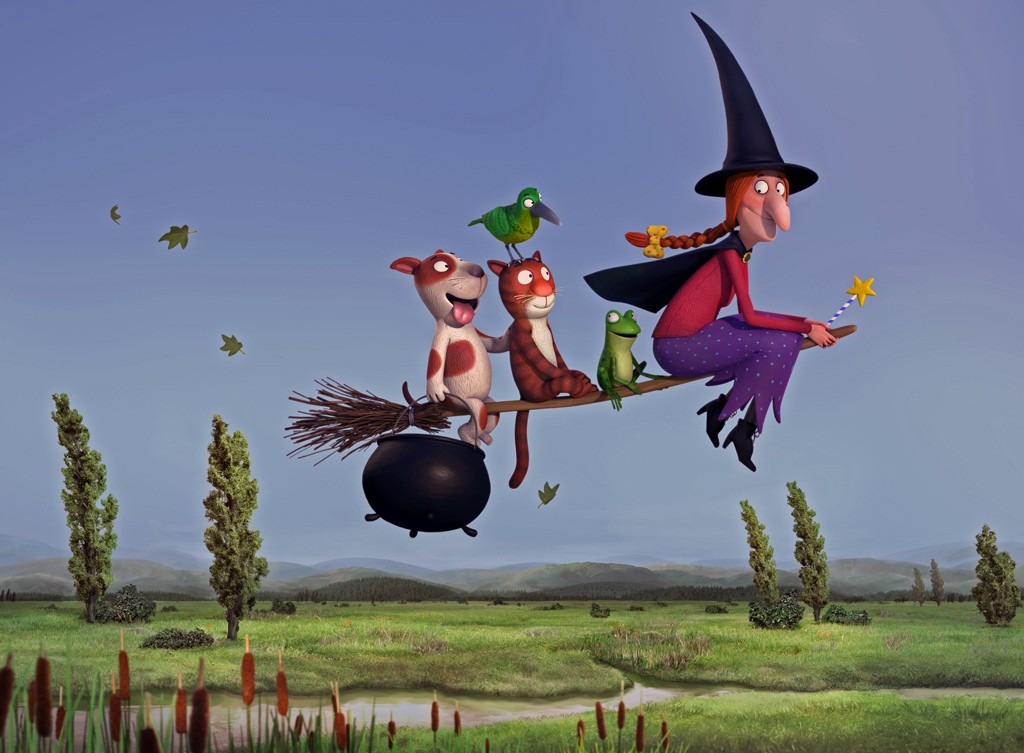 The ever-so-slightly fractured fairy tale Room on the Broom is pure delight, like the bubbly laugh of the witch (voice of Gillian Anderson) who collects a menagerie of unlikely traveling companions. With a dash of drollery, Simon Pegg crisply narrates the text of Julia Donaldson’s picture book, and Axel Scheffler’s illustrations are given the plump roundness of computer animation, while still retaining their waggish charm. Max Lang and Jan Lachauer’s adaptation remains decidedly British (braided red hair is a “ginger plait”) and there’s a formal politeness to interactions, which have that comforting same-but-different rhythm. Humor arises from the expressive nature of the witch’s animal companions, such as her possessive cat’s exasperation at each new addition, like an only child stymied by sudden siblings. The arrival of a bulbous red dragon eager to consume “witch and chips” is a call to action. (Note to all future makers of dragon movies: for a creature’s voice that exudes joyful, lip-smacking menace, Timothy Spall is your man.) The animals unify to protect the imperiled witch, but the lesson doesn’t feel forced. It comes with the same easy grace as the witch who always finds room on her broom for one more good-natured misfit like herself.

Room on the Broom is available on Hulu and Netflix