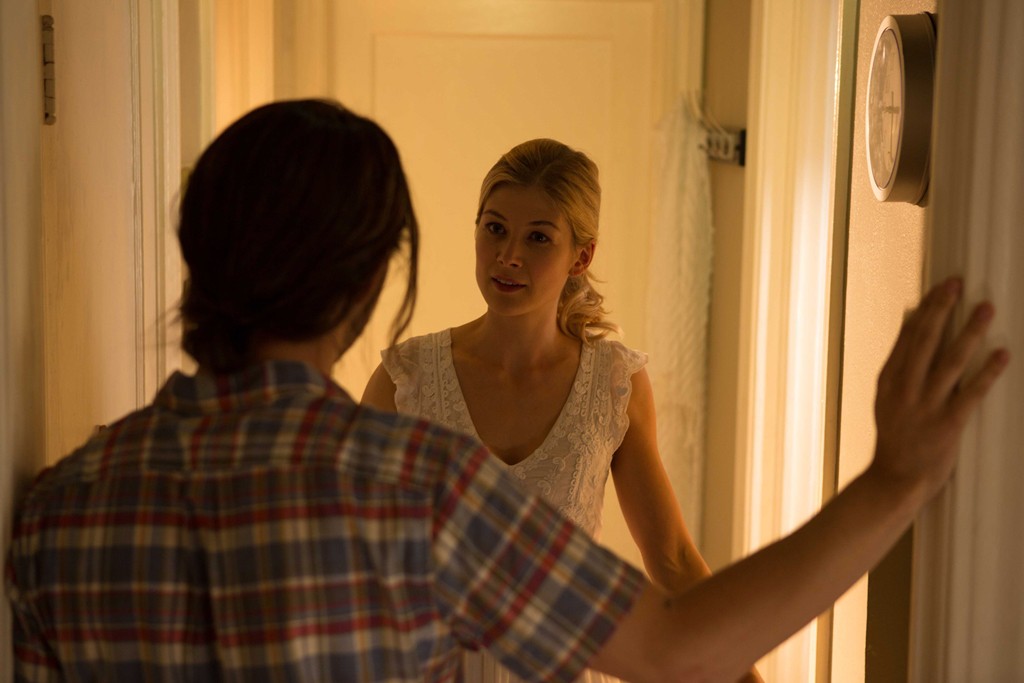 Rosamund Pike made Return to Sender before her breakthrough Gone Girl, and it’s difficult not to see Miranda Wells as a dry run for Amy Dunne. Both are control freaks whose icy blonde exteriors mask rage-fueled machinations. While Gone Girl author and screenwriter Gillian Flynn built a model of psychopathic calculation, Return to Sender writers Joe Gossett (Catch Hell) and Patricia Beauchamp offer only warmed-over B-movie chestnuts – but at least Pike still makes a meal of them.

Director Fouad Mikati handles the introductory scenes as if building Miranda’s personality Identikit. This skillful registered nurse and meticulous baker is also mysophobic and exacting, and don’t forget her inability to read people. How else to explain Miranda mistaking the skeevy William Finn (Shiloh Fernandez) for her clean-cut blind date? Their charged encounter culminates in William raping Miranda, the sexual violence taking on the added ugliness of punishment: here is a haughty woman being pulled from her self-made pedestal.

The rape initially unhinges Miranda, and brings out the protective nature of her gruff father (Nick Nolte), who cleans the crime scene with conscientious tenderness. Miranda chooses to tidy things up by visiting William in prison, encounters that shift from defiance to flirtation. Even with the dramatic buildup, Mikati hesitates to make Return to Sender an all-out revenge fantasy, and the characters are too sketchy for an effective psychological thriller. The abrupt denouement has little shock value and even less emotional impact. Despite Pike’s best efforts, Miranda is a hollow construct whose elaborate mask hides nothing at all.

Review by Serena Donadoni
Released on August 14, 2015 by RLJ Entertainment
First published in The Village Voice, 2015.

Return to Sender is available on Netflix