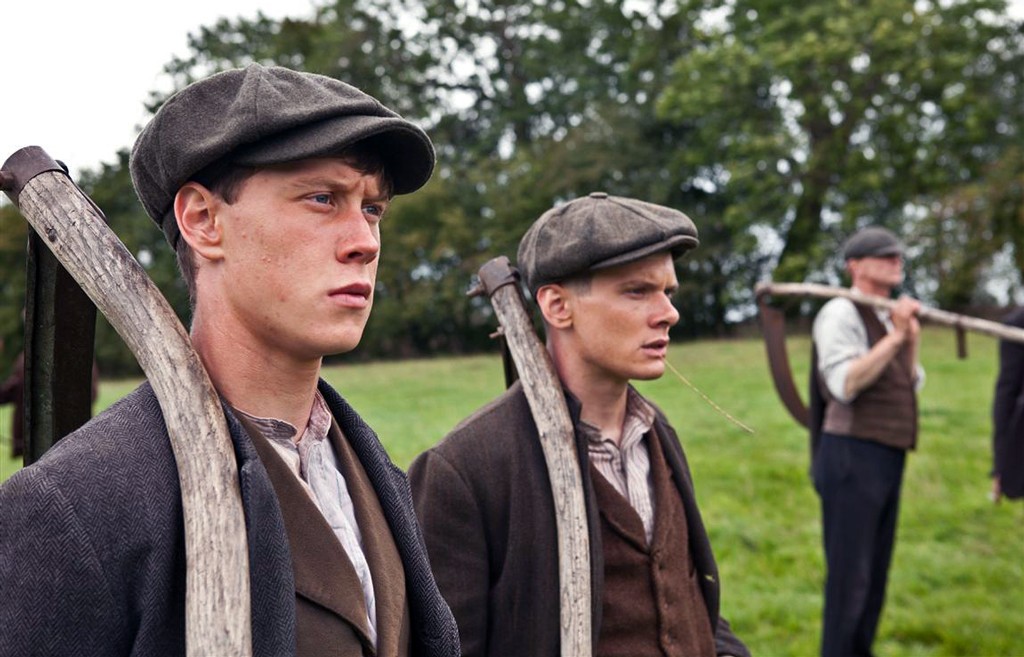 Two British privates named Peaceful fight side by side in the trenches of World War I, and both face the wrath of their superior officers in a court-martial. Director Pat O’Connor constructs Private Peaceful as a mystery, using flashbacks to reveal the intertwined lives of brothers Charlie (Jack O’Connell) and Tommo (George MacKay) as one of them awaits the firing squad.

Both the young-adult novel by Michael Morpurgo (War Horse) and screenwriter Simon Reade’s 2004 stage adaptation employ the first-person narrative of teenage Tommo, and the director’s decision to open up the story to other perspectives makes this Private Peaceful feel more shaded and mature, with echoes of O’Connor’s wistful A Month in the Country and haunting Cal (whose John Lynch portrays a malicious sergeant here).

Their resourceful mother, Hazel Peaceful (Maxine Peake), deals with the whims of a fatuous landowner, but her practicality masks regrets about dependence. The young Molly Monks (Izzy Meikle-Small), who enchants the Peaceful boys, is fearless and kind-hearted, traits that are stifled when she enters domestic service. O’Connor captures all the beauty of these rural childhoods without skimping on the harsh realities of 20th-century feudalism.

Charlie emerges as the film’s most dynamic presence, railing against the guardians of an antiquated empire even as his need to protect the younger Tommo repeatedly puts him in their grips. O’Connor tries mightily to contextualize the suffering of the Peaceful brothers at home and abroad, making a better case for the British class system’s demise than for their survival.

Review by Serena Donadoni
Released on October 21, 2014
First published in The Village Voice, 2014.