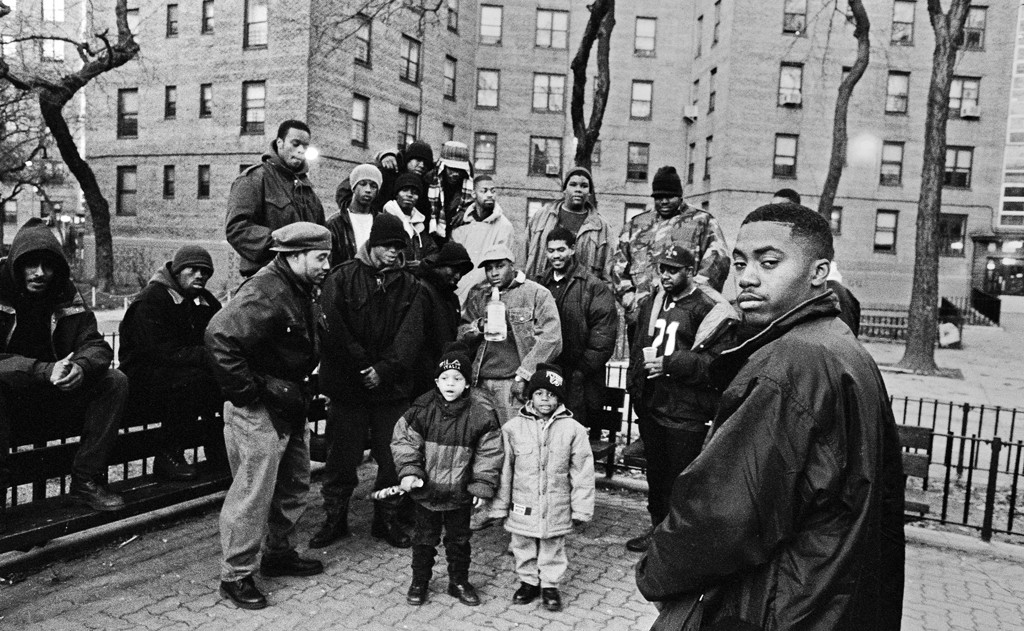 Twentieth anniversaries mark the point where pop culture becomes cultural history, be it a forgettable television show or a landmark hip-hop album. Nas: Time is Illmatic feels like the reexamination of a sacred text, especially in brief testimonials – from Kendrick Lamar, Erykah Badu, and others – about the lasting influence of this incendiary 1994 debut. Multimedia artist One9 goes beyond nostalgia in his first feature documentary, and creates a portrait of the rapper as a young man. Illmatic was released when Nas was only 20, but One9 and writer Erik Parker show that it was packed with a lifetime’s experience.

Two charismatic raconteurs recall the formative years of Nasir “Nas” Jones: his father Olu Dara, and younger brother Jabari “Jungle” Jones. In their vivid descriptions, the family dynamics come into play. Their apartment in the massive Queensbrige housing projects was a haven of books and musical instruments, where creativity was encouraged and a strict Ann Jones (who died in 2002) taught her sons to see the best in themselves.

A jazz musician from Natchez, Mississippi, Dara traveled widely and reminded his family that a world existed beyond New York City. (He also allowed Nas to leave the impoverished Queens school system after eighth grade.) Jungle frankly describes the dangers of their neighborhood, and the excitement of the early hip-hop scene they witnessed as children. His recollection of the shooting that killed Nas’s best friend culminates in a confession that puts their youth in sharp relief: when Nas found his brother, who’d been shot twice, the first thing Jungle did was beg him not to tell their mother.

An introspective Nas is now 41 and seems worlds away from the brash 19-year-old who walked the hallowed halls of Columbia Records and declared that they’ve been waiting for him. But when he remembers the musical feud between Queensbridge and South Bronx rappers, an angry pride lights up his face and he’s once again the Nas who poured all his frustration and ambition into Illmatic, which he calls the musical “proof that I was here.”

This 74-minute documentary is not a complete portrait, and Nas fans will be filling in the gaps with their knowledge of relationships and grudges. But One9 has a broader audience in mind, employing subtitles during Nas’s performances so the uninitiated can appreciate his powerful worldplay. With some bleeps (and a little lyric blurring), Nas: Time is Illmatic could easily air on the PBS series American Experience. It’s respectful and accessible while diligently making the case that Nas captured his time and place so precisely that his record came to define it.

Review by Serena Donadoni
Released on October 1, 2014
First published in the Metro Times.

Nas: Time is Illmatic is available on Amazon Prime