My Name is Hmmm… 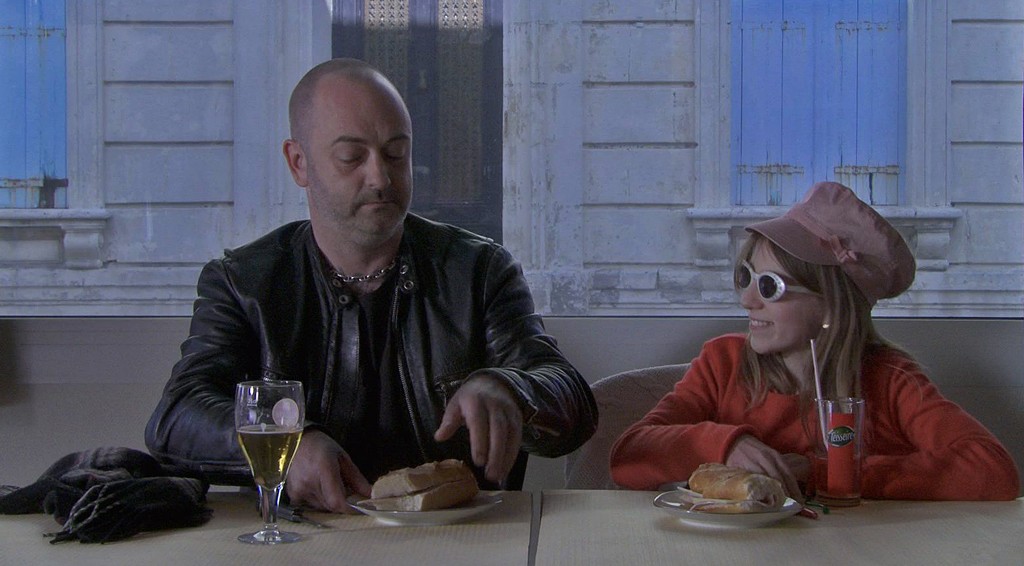 There’s a tension between directness and obfuscation in My Name is Hmmm…, with first-time director Agnès Troublé (better known as the fashion designer agnès b.) wavering between the approaches of Breillat and Godard. Troublé and cinematographer Jean-Philippe Bouyer envision working-class desperation with raw imagery stripped of beauty or hope, while peppering the film with fanciful visuals (superimposed images, shifting aspect ratios and color schemes). In a more cohesive film, this might reflect the perspective of eleven-year-old Céline (Lou-Lélia Demerliac), who’s being sexually abused by her father and seeks escape. But here it’s a hodgepodge of artistic gestures grafted onto a traditional narrative, neither fully linear nor experimental.

What works is the relationship between Céline and Peter (Douglas Gordon), a Scottish truck driver who shelters the runaway French girl. There’s a wonderful rapport between neophyte performers Demerliac and Gordon (an artist whose installations re-contextualize films, such as the slowed-down Hitchcock of 24 Hour Psycho). Peter becomes the fierce protector of Céline (and her secrets), and her enthusiasm restores his joie de vivre. As they drive through a rural southwest France on the cusp of spring, the prosaic drifts into the magical (encountering butoh dancers and a peripatetic philosopher).

The 121-minute My Name is Hmmm…, co-written by Troublé and Jean-Pol Fargeau, is laden with contradictions. Characters who represent traditional French values are alternately admired and scorned. The legal system is deemed untrustworthy, while individual responsibility is equally discounted. But most disheartening is that an exploration of this imaginative, resilient girl’s inner life would advocate keeping mum.

Review by Serena Donadoni
Released on January 28, 2015 by UniFrance Films
First published in The Village Voice, 2015.