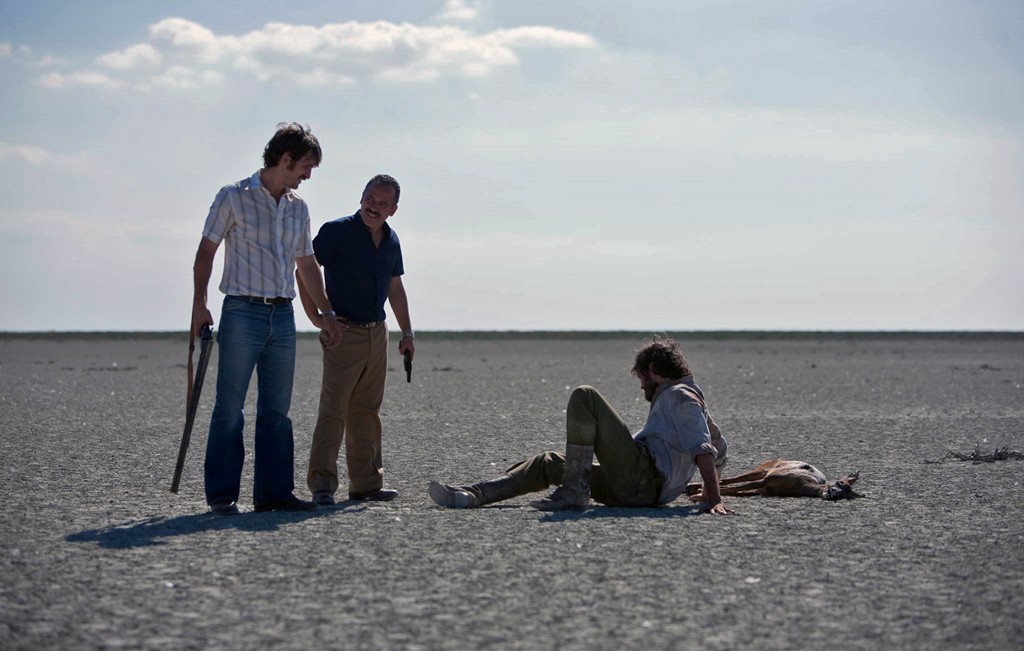 The eerie dislocation in Spanish thriller Marshland (La Isla Mínima) begins with the credits, where aerial shots of the Guadalquivir River snaking through southern Andalusia look like dyed cross-sections of human brain. It continues as two police investigators from Madrid arrive in a rural town and find their hotel room adorned with a crucifix bearing photos of Hitler, Mussolini, and Franco. “Your new country,” Juan Robles (Javier Gutiérrez) snidely comments to his younger partner Pedro Suárez (Raúl Arévalo).

It’s 1980, five years after the Generalissimo’s death and two years after a new constitution, but Robles knows that Spain is still more of an oppressive dictatorship than the free democracy Suárez imagines. Sent to locate missing teenage sisters, the detectives are at odds with a closed community more concerned with the rice harvest than exposing crime, and director Alberto Rodríguez maintains tension by keeping them off balance. Shifting from stifling interiors to wide-open landscapes, Alex Catalán’s mesmerizing cinematography (which won one of the film’s ten Goyas) gives the commonplace an alien beauty.

The dialogue in this meticulously constructed noir (written by Rodríguez and Rafael Cobos) is mostly interrogatory and the detectives rarely converse, but much is conveyed without existential musing. Former Franco enforcer Robles is rotting from an unnamed disease while embracing everyday pleasures and unfamiliar compassion. The somber Suárez slides into compromise as the need for recognition eclipses his idealism. Marshland has superb performances and a heady atmosphere, but its greatest strength is finding resolution while letting the mystery be.