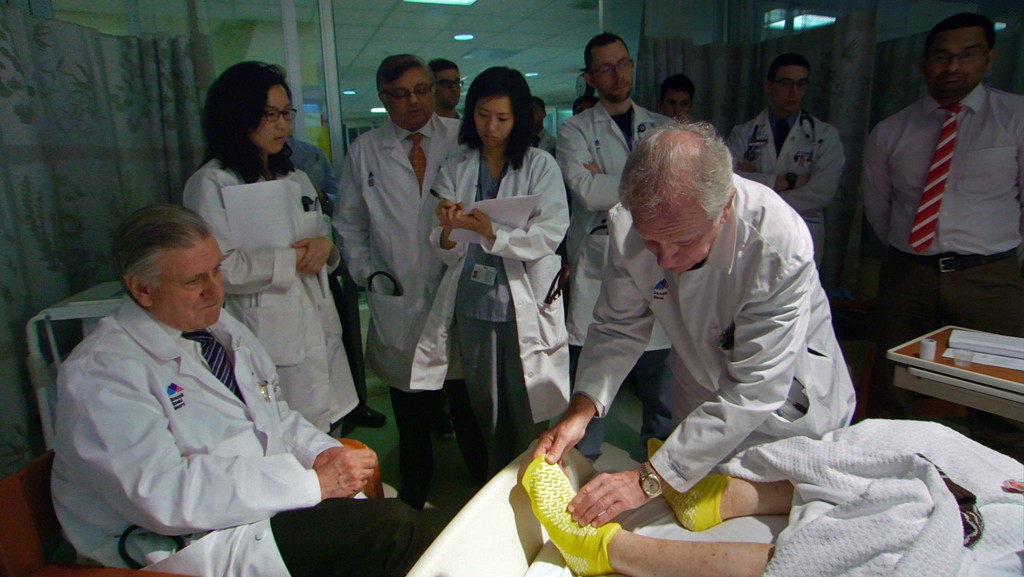 The medical documentary Making Rounds examines the lost art of bedside diagnosis, and director Muffie Meyer shows just how vital listening is to the process. Meyer follows eminent cardiologists Valentin Fuster and Herschel Sklaroff as they visit patients and train young doctors at Mount Sinai Hospital’s Cardiac Care Unit in New York, but her observational film isn’t clinical. Meyer captures the soft-spoken erudition of Drs. Fuster and Sklaroff but also the anger and frustration of patients who’ve been ignored or misdiagnosed.

After her work on the Maysles’ Grey Gardens (as co-director and one of three editors), Meyer directed a number of PBS documentaries, and Making Rounds initially feels like a safe entry for the public TV lineup. But there’s a quiet radicalism to her unobtrusive style. She contrasts the prior medical experiences of two middle-aged patients, a white man and Latina, whose previous physicians hadn’t properly treated their heart conditions. The man believed his problems were intestinal, and a battery of tests were performed on that area, while the woman repeatedly described her pain as being solely on the right side of her body and doctors insisted the problem stemmed from the left.

The physician mentors of the CCU right these wrongs by asking pertinent questions and engaging in respectful conversation, and Meyer makes the disheartening case that their diagnostic philosophy is increasingly rare. “Today you don’t get paid for thinking, you get paid for tests,” laments Dr. Sklaroff. Making Rounds demonstrates the real value of medicine with a human touch.