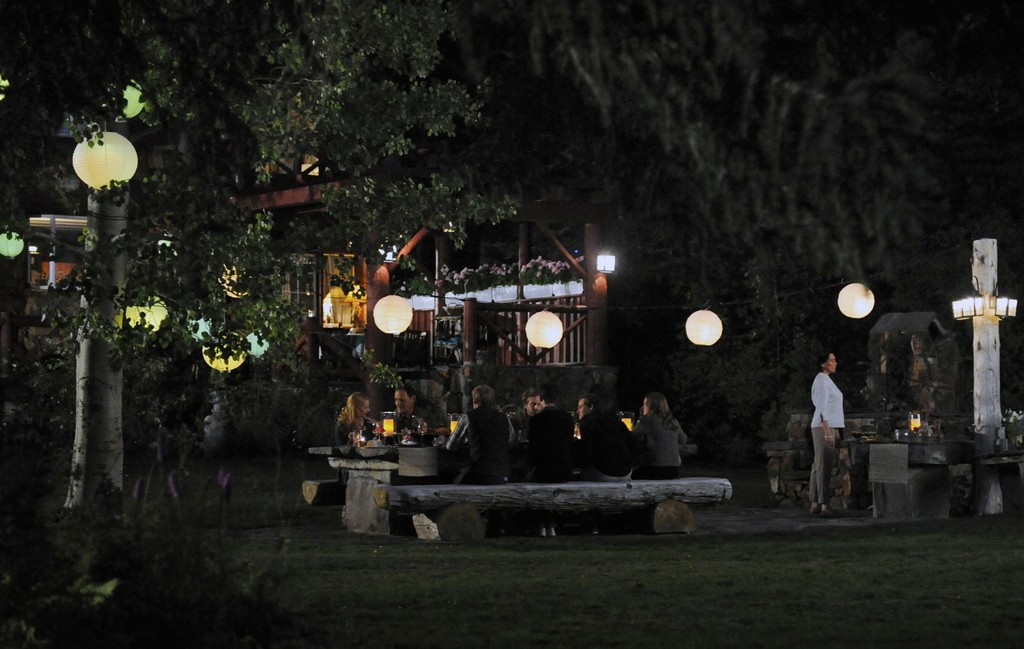 That stems from the scattered and demanding matriarch, Celia Green (Patricia Clarkson), whose profound unease with money means she’ll create an extravagant dinner-table display and then announce that the salmon was on sale. Her adult sons Theo (Zachary Booth) and Roger (Joseph Cross) respond with confrontation and appeasement, swinging between emotional extremes as they try to impress Celia and, to a lesser extent, their calm and assured father Malcolm (Chris Mulkey).

There’s talk of selling the historic property the entire family loves possessing, which should add some dramatic tension, but little is at stake on this Labor Day holiday for those who view labor as an abstraction. (Not so for the working class: Theo’s current boyfriend has a dangerous allergic reaction, and the Greens’ longtime caretaker is hospitalized. In both cases, their well-being is secondary to how it affects the family.) Last Weekend is too enamored of this nouveau riche household to be satirical, instead offering unexpected moments of genuine warmth as a calling card for goodness.

Review by Serena Donadoni
Released on August 29, 2014
First published in The Village Voice, 2014.

Last Weekend is available on Netflix