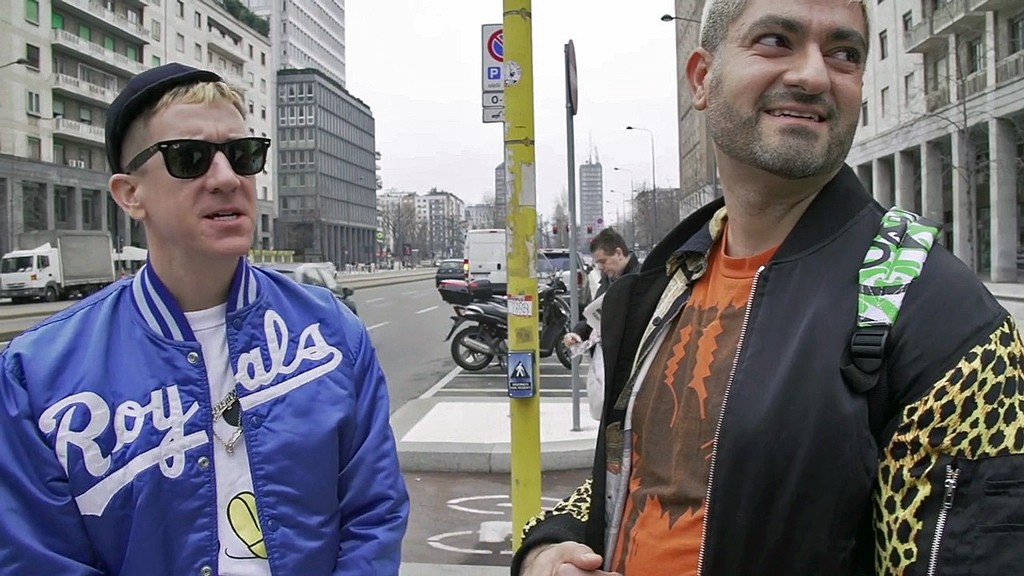 Designer Jeremy Scott is unlikely to quote a dusty Roman proverb, but his career proves that fortune favors the bold. It’s there in his first Paris fashion show, a D.I.Y. affair inspired by Cronenberg’s Crash, which was covered by an influential television show after he sent the host an invitation written on a detached car door. And a confident Scott doesn’t hesitate to become the creative director of Moschino, unfazed by how much is involved in reviving the moribund fashion brand.

Rebranding is a Scott specialty, as director Vlad Yudin (Generation Iron) reveals in his enthusiastic introduction to the designer, whose outrageous whimsy elicits such strong admiration and disgust that he’s become something like the Jeff Koons of fashion. In Jeremy Scott: The People’s Designer, Yudin posits him as a successful antidote to the staid fashion establishment while adoringly presenting his work, including elaborate Adidas sneakers that feature plush bears or Mercury’s wings, and the giddy, gaudy stage-wear of aesthetic allies Katy Perry and Miley Cyrus.

Yudin’s surface-level portrait looks for deeper truths, but finds them in unexpected ways. Visits to his childhood home reveal less about Scott than the way the Kansas City native strolls through Milan’s fashion district in a satin Royals jacket. Or how Scott expresses love for his soft-spoken partner Pablo Olea during a fashion award speech, only to return to his seat with celebrity companions afterwards. This brash regurgitator of American pop culture comes off as a singular artist, an irrepressible SpongeBob with a steel spine.

Review by Serena Donadoni
Released on September 18, 2015 by The Vladar Company
First published in The Village Voice, 2015.