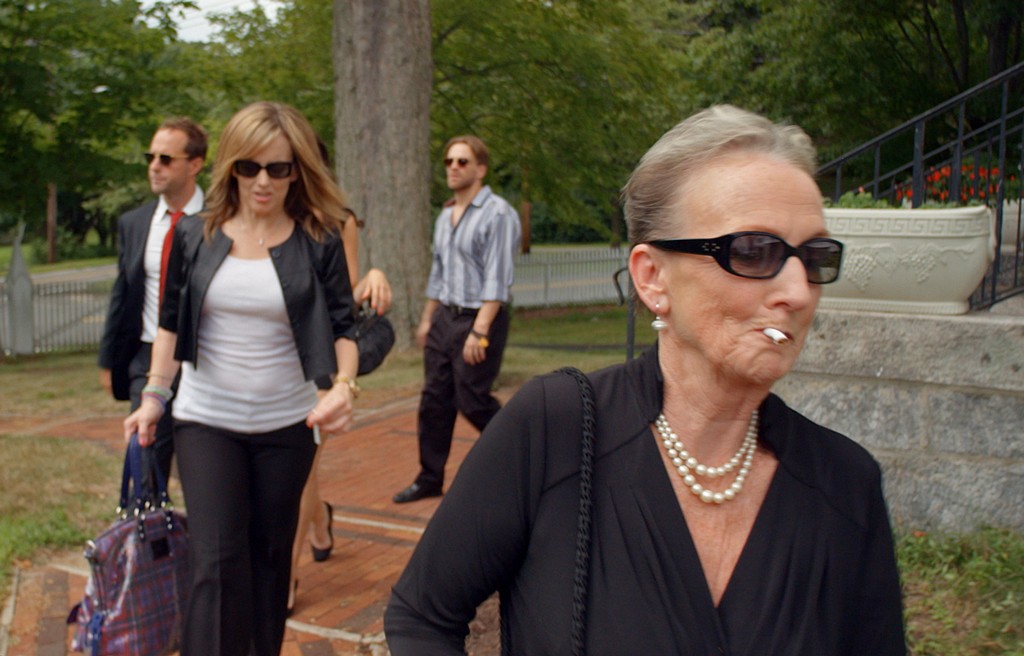 With her crisp diction and no-nonsense demeanor, Kathleen Chalfant is often cast as the voice of reason. She appears onscreen at pivotal moments, sets the protagonist straight, and is gone. The promise of Isn’t It Delicious is that Chalfant plays the lead, and uses the opportunity to deconstruct one of the poised, imposing characters she’s known for. The first glimpse of Chalfant as Connecticut matriarch Joan Weldon finds her meditatively smoking like a patrician femme fatale. Joan then joins her soft-spoken husband Bill (Keir Dullea) to attend his brother’s funeral, a family gathering that brings simmering conflicts to full boil.

When director Michael Patrick Kelly and screenwriter Kathleen J. Kiley (both making their first feature film) focus on Joan, Isn’t It Delicious has a prickly vitality, particularly when she begins to confront her own mortality. But they wander off into the clichéd lives of her children, whose addictions are posited as coping mechanisms: alcoholic lesbian Caroline (Alice Ripley), coked-up stockbroker Bobby (Nick Stevenson), and gentle Teddy (Jonah Young), the altar boy who became a budding Buddhist. Their competitiveness and tedious need for Joan’s approval make the adult kids more annoying than the monstrous parent.

There are some enlightening moments when these WASPs cut loose, from Bill’s quiet tirade about wastefulness to a sailboat serving as a vessel of emotional release. But too much of Isn’t It Delicious is either sketchy or hokey, trading an honest exploration of Joan’s destructive self-absorption for a family finding peace through dispassionate compassion.

Review by Serena Donadoni
Released on December 12, 2014
First published in The Village Voice, 2014.