Growing Up and Other Lies 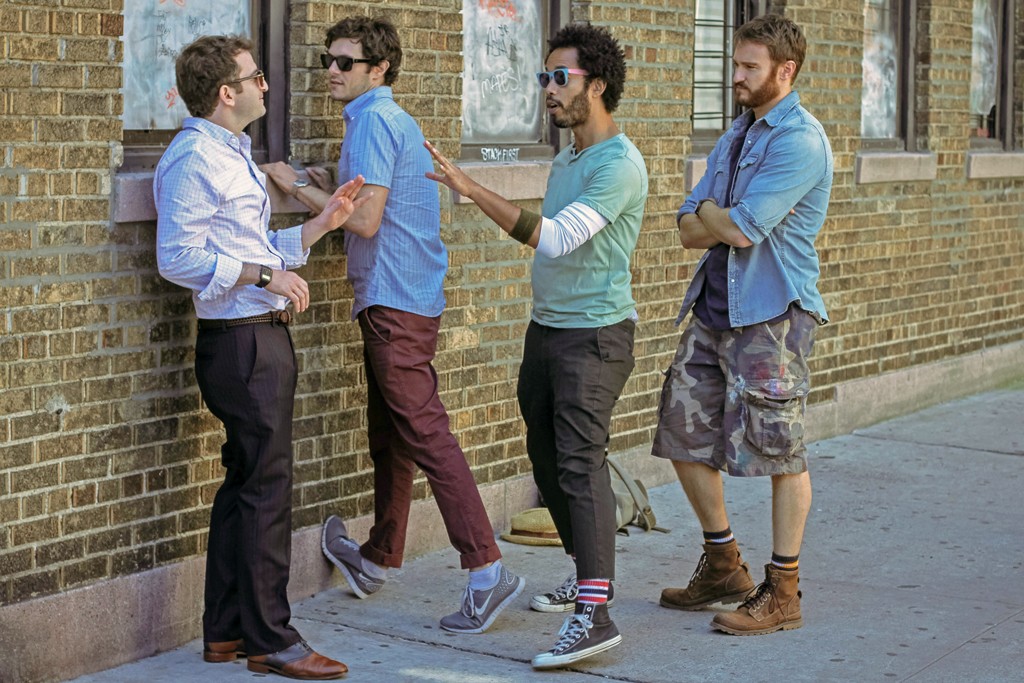 Jake (Josh Lawson) kicks off a walk down the length of Manhattan with a declaration of defeat: He’s heading back to the Midwest after a decade scraping by as an artist. Rocks (Adam Brody), Billy (Danny Jacobs), and Gunderson (Wyatt Cenac) are hoping to talk him out of the move during this day-long, 260-block trek. The question that soon arises isn’t why Jake would head home to help an ailing father, but why, exactly, these guys are friends. The seriocomic Growing Up and Other Lies, written and directed by Jacobs and Darren Grodsky (Humboldt County), offers strained male bonding from a quartet sorely out of tune. These former roommates and college buds rely on nostalgia for their once-strong connection, and it’s not long past Inwood that strains begin to appear.

The self-involved Jake doesn’t notice how anxious Rocks is about becoming a father, or that Billy still desperately craves their approval despite having achieved financial success. (Jacobs and Grodsky, who plays an overwhelmed Captain Hook at a children’s birthday party, mine comedy from nebbish insecurity.) This Peter Pan angst is forgivable compared to the tokenism of Cenac, whose snarky Gunderson has no profession or love life and exists solely to provide malevolent humor. Growing Up and Other Lies does capture the extended adolescence of moderately adventurous New Yorkers. (“There’s a museum here?” they marvel, coming upon The Cloisters.) But their guys’ day out exposes the price of avoiding adulthood, and the realization that it’s time to pay up.

Review by Serena Donadoni
Released on March 20, 2015 by Entertainment One Films
First published in The Village Voice, 2015.