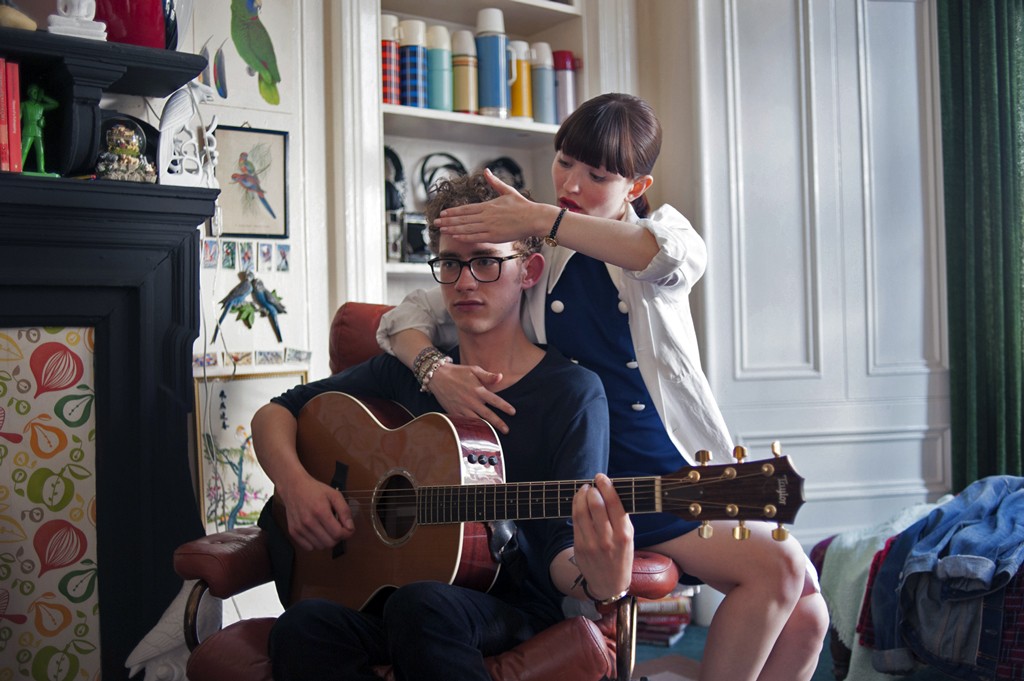 Stuart Murdoch’s directorial debut has such a strong Jacques Demy influence that he might have called it The Young Girl of Glasgow. The Belle & Sebastian singer began God Help the Girl as a 2009 song cycle that follows the troubled Eve as she transmutes her anguish into sparkling pop (with echoes of Michel Legrand by way of The Left Banke). When his onscreen Eve (Emily Browning) turns to the camera and begins singing “Act of the Apostle,” Murdoch translates the cheeky lyrics into playful visuals that effectively draw us into Eve’s escapist vision.

Eve has quietly walked out of a mental health center where she’s being treated for anorexia, and there are somber undertones to her catchy confessional songs. Writer, director, and composer Murdoch grants her a sunny interlude with supportive companions and the opportunity to slip into different personae with the ease of a wardrobe change. Cassie is an enthusiastic fair-weather friend (and Hannah Murray a serviceable singer), while the bookish James (Olly Alexander) very much wants to be the boy behind the girl, as expressed in the tender “Pretty Eve in the Tub,” buoyed by harpsichord, strings, and longing.

Browning captures Eve’s weariness and enthusiasm, and her lovely voice and crisp delivery gives Murdoch’s labored lyrics a vulnerable immediacy. God Help the Girl has a few hiccups, but when Eve declares herself a songwriter and admits self-destructive tendencies in “Musician, Take Heed,” she grasps how a song may actually save your life.

Review by Serena Donadoni
Released on September 5, 2014
First published in The Village Voice, 2014.

God Help the Girl is available on Amazon Prime