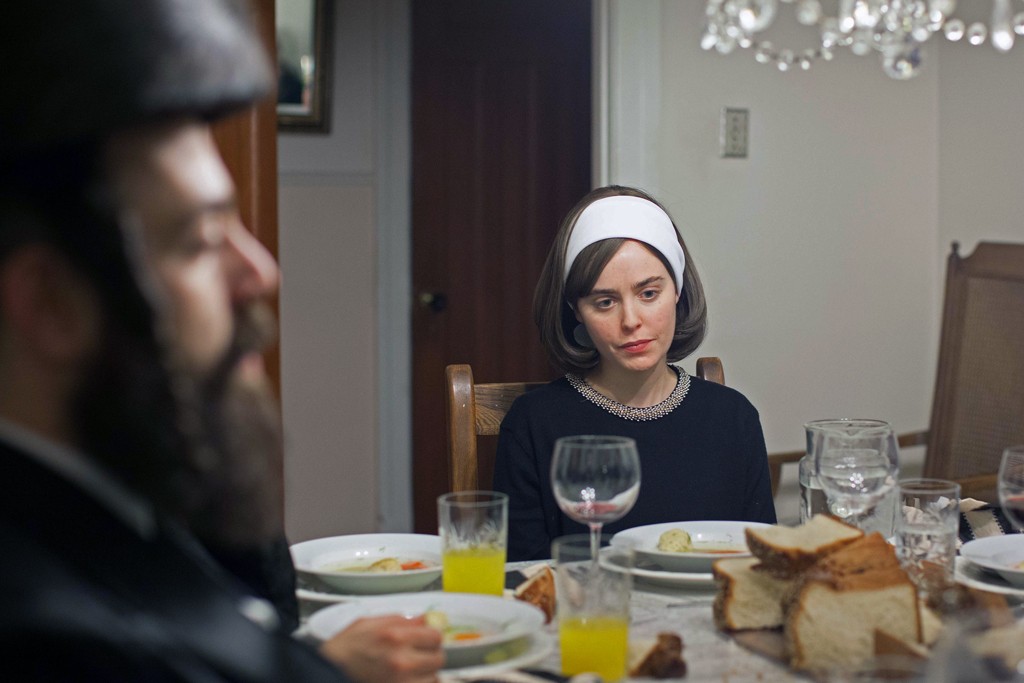 Music is used sparingly in Felix and Meira, and each song is key to expressing unspoken emotion. After Shulem (Luzer Twersky) leaves his modest home in Montreal’s Hasidic enclave to attend prayers, his wife Meira (Hadas Yaron) puts on a forbidden record, “After Laughter (Comes Tears),” letting Wendy Rene’s plaintive voice convey her own longing. But it’s Leonard Cohen’s “Famous Blue Raincoat” that captures the exquisite melancholy of Maxime Giroux’s romantic drama, where loss and resignation are as important as desire and freedom.

When a dissatisfied Meira meets the aimless Felix (Martin Dubreuil), they have little in common aside from a love of drawing and a religion they view quite differently. (His version of Judaism means enjoying kosher wine from his late father’s cellar.) Director Giroux, who co-wrote the elliptical screenplay with frequent collaborator Alexandre Laferrière, views the relationship as an escape from familial obligations as much as a cross-cultural love story. (A young mother expected to have numerous children, Meira can’t fathom Felix’s casual single existence.)

Cinematographer Sara Mishara captures the desolate beauty of thin winter light, enhancing the somber mood. The restrained performances of Dubreuil and Yaron (Fill the Void) gradually reveal the flaws and strengths of this fragile couple, while Twersky is quietly devastating as an abandoned husband who fully understands devotion and sacrifice. Felix and Meira, named Best Canadian Feature at the Toronto International Film Festival, offers compassion over certainty, even when circumstances call for an all-or-nothing commitment to a happily ever after.

Review by Serena Donadoni
Released on April 17, 2015 by Oscilloscope Laboratories
First published in The Village Voice, 2015.

Felix and Meira is available on Amazon Prime