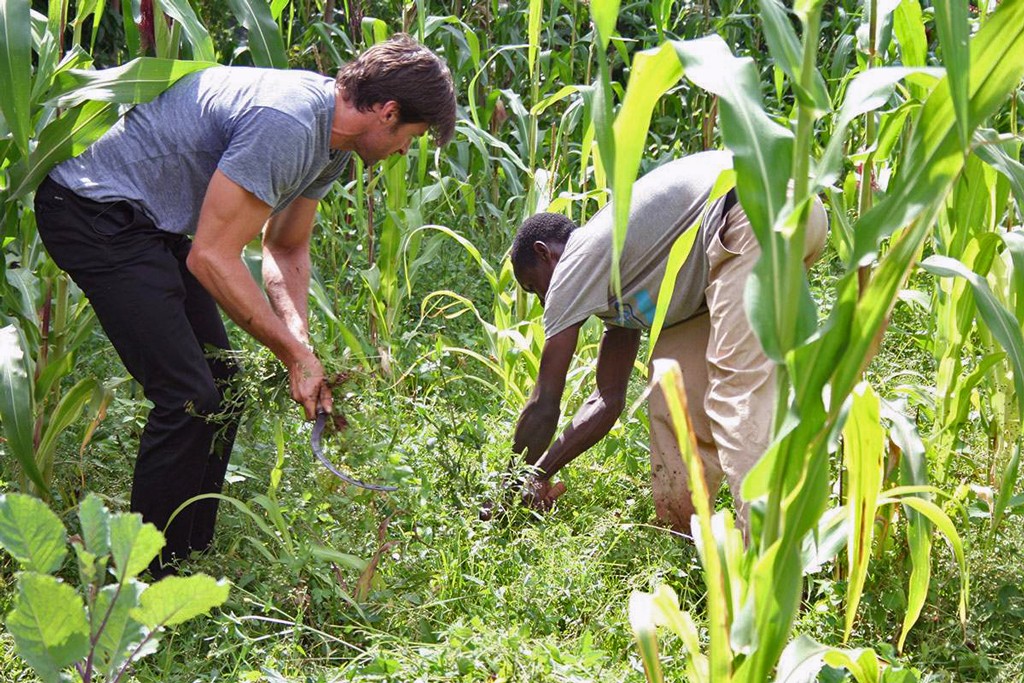 Actors are accustomed to studying a subject for a brief, intense period and then being treated like experts. Hugh Jackman’s advocacy for fair-trade coffee began with that burst of enthusiasm, but settled into a business that distills complex global economics into a simple message: We are what we consume. Josh Victor Rothstein (3 Points) documents Jackman’s journey in Dukale’s Dream, which falls somewhere between an infomercial for World Vision Australia and an earnest exploration of celebrity philanthropy.

The story begins in 2009 when the actor and his wife, Deborra-Lee Furness, travel to Ethiopia on a visit coordinated by Tim Costello, described as Australia’s “moral signpost.” The World Vision CEO shows these longtime supporters of the charity how economic aid affects farmers in a country known more for famine than coffee beans. The trip looks like a typical celebrity charity meet-and-greet, until Hugh Jackman is introduced to Dukale Tura and they spend a day working together on his farm. The gregarious Jackman and gracious Tura develop a genuine rapport, which transforms their camera-ready meeting into a vital alliance.

With X-Men Origins: Wolverine and hosting duties at the Oscars (which Rothstein chronicled for a never-released documentary), Jackman hit career milestones, but getting to know Tura shifted his focus. Rothstein had turned their encounter into a 2010 short (Seeds of Hope), and here adds follow-up footage that makes Dukale’s Dream more than a vanity project. This documentary exudes Jackman’s can-do optimism, but the real star is an Ethiopian coffee grower who’s just as enterprising.

Review by Serena Donadoni
Released on June 5, 2015 by The 7th Floor
First published in The Village Voice, 2015.

Dukale’s Dream is available on Hulu