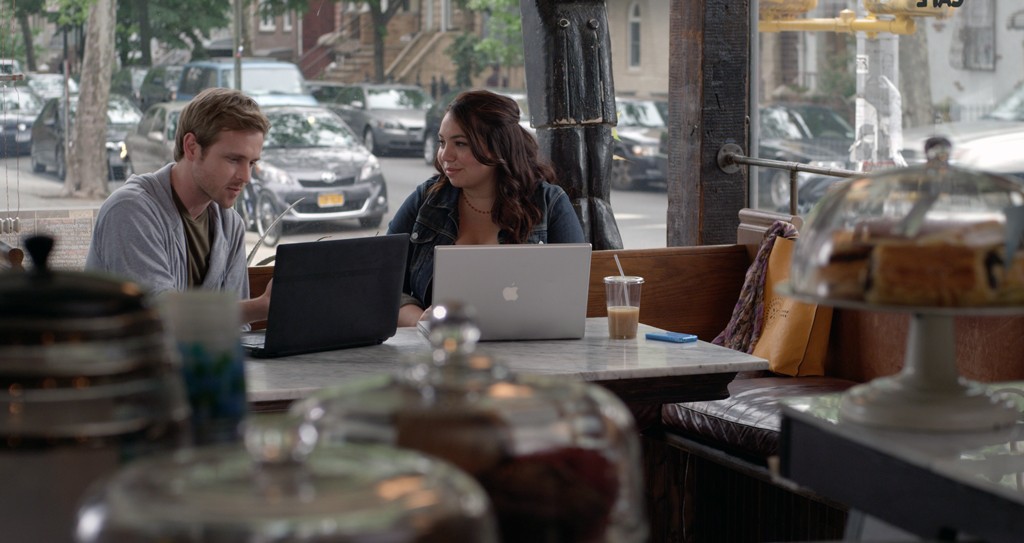 Beneath the rom-com pacing and peppy underscoring of a Lifetime movie, Delusions of Guinevere is a surprisingly dark satire of modern celebrity. Ariana Bernstein, who co-wrote and co-produced with director Joanna Bowzer, casts herself as former child star Guinevere James, who has not transitioned to a successful adulthood. She’s seen in the typical montage of disheartening auditions and a depressing cultural mash-up disguised as experimental theater, but the plucky Guin has a vital support system, with a sitcom-ready set of friends who indulge her preoccupation with fame and a serious-minded attorney sister (Sandra Elizabeth Rodriguez) whose impressionable daughter worships her spirited aunt. Guinevere also reconnects with two men whose affection never faded: her former agent and father figure (Tom Grail); and Guy Calyer (Andrew Ruth), who had an unrequited crush on his famous classmate.

In her feature debut, director Bowzer handles these relationships with a light touch, especially Guinevere and Guy, who meet regularly for coffee and laptop time. Guy is ambivalent about his online presence while Guin is a social-media junkie, finding validation in status updates and YouTube views. The narrative bounces along toward what seems like a predictable happy ending – protagonist comes to appreciate the positive aspects of her life – but Guin refuses to play along. Bernstein adopts a maniacal certainty as Guinevere begins to value the currency of online fandom over her real-world attachments. She views this trade-off as a viable career path, and Delusions of Guinevere makes the frightening case that she may be right.

Review by Serena Donadoni
Released on November 14, 2014
First published in The Village Voice, 2014.

Delusions of Guinevere is available on Amazon Prime