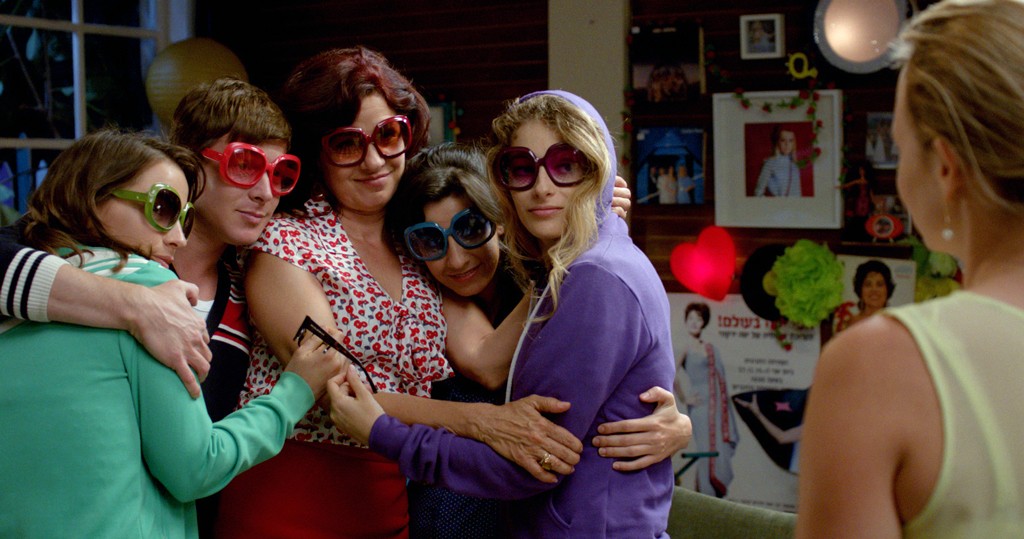 Eytan Fox loves Eurovision, and the filmmaker known for tragic romances like Yossi & Jagger and The Bubble has made a sweet confection about an unlikely group of Tel Aviv neighbors who represent Israel in an international song contest. This musical comedy is sugary and sincere, like the cupcakes Anat (Anat Waxman) prepares with national flags rendered in colorful icing for the annual viewing party. Friends arrive at her apartment, but the usually upbeat baker is experiencing marital problems and can’t revel in the garish competition (known in Cupcakes as UniverSong). Singer-songwriter Efrat (Efrat Dor) brings out her guitar, begins improvising a cheery ballad, and everyone else joins in – with perfect lyrics and no false notes. Fox counters the movie-musical artificiality of this scene with heartfelt eagerness, and “A Song for Anat” (written by Scott “Babydaddy” Hoffman of Scissor Sisters) is lovely and comforting.

Then Ofer (Ofer Shechter), who entertains his day care charges with drag performances of 1970s pop classics, enters them in UniverSong, much to the chagrin of his newly minted bandmates: a beauty queen turned lawyer (Yael Bar Zohar), uptight political aide (Dana Ivgy), and timid blogger (Keren Berger). Fox infuses Cupcakes with Ofer’s can-do optimism, where the power of song can overcome any personal or professional strife. (Satirical barbs are saved for a closeted Russian contestant, whose flamboyance is the opposite of the Israelis’ simple presentation.) In a nod to Almodóvar’s colorful comedies, each character gets their own signature hue, but they all end up seeing the future through Ofer’s rose-colored glasses.

Review by Serena Donadoni
Released on March 27, 2015 by Strand Releasing
First published in The Village Voice, 2015.

Cupcakes is available on Netflix.