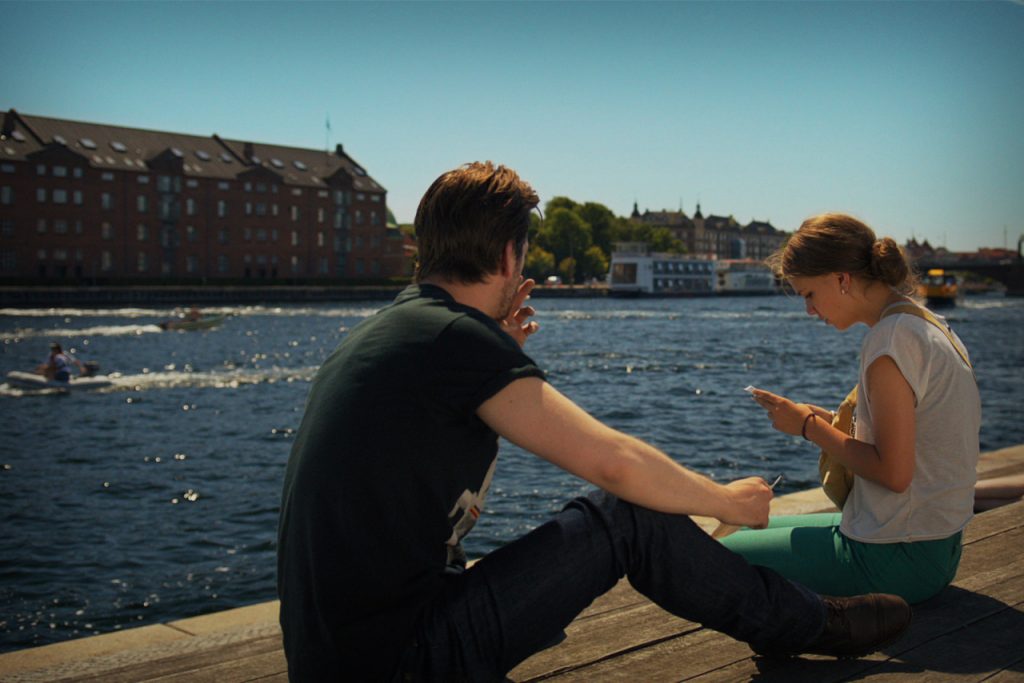 A flighty Peter Pan meets his grounded Wendy in Copenhagen, Mark Raso’s tender romance about the sliding scale of maturity. William (Gethin Anthony) arrives in the Danish capital already frustrated: traveling companion Jeremy (Sebastian Armesto) is more focused on pleasing girlfriend Jennifer (Olivia Grant) than accompanying his needy best friend on a tour of European bars and hostels. Left to his own devices, William begins tracking down his grandfather in hopes that it will illuminate a family history of abandonment.

He finds an eager guide in Effy (Frederikke Dahl Hansen), who’s as calm and perceptive as William is rash and inconsiderate. She’s also half his age, a fact that escapes the self-centered 28-year-old for an inordinate amount of time. William is a familiar type, the emotionally stunted man-child who’s avoided taking responsibility for his actions, with a loud and brash manner that’s sometimes overplayed. (The Canadian-born Raso has cast Brits as New Yawk childhood friends.) Effy is more complicated. Smart and composed, she seems to William to have all the answers, but her knowledge is observational, not empirical. She has yet to experience the messiness of adult relationships, and Hansen tempers Effy’s confidence with the awareness that she’s still experimenting.

Copenhagen is the exquisitely beautiful feature debut of both writer, director, and editor Raso and cinematographer Alan Poon. They invest familiar tourist attractions (Tivoli Gardens, the Little Mermaid statue) with a personal meaning for William and Effy, whose time together allows them to see the city – and themselves – in a new light.

Review by Serena Donadoni
Released on October 3, 2014 by Level 33 Entertainment
First published in The Village Voice, 2014.

Copenhagen is available on Netflix